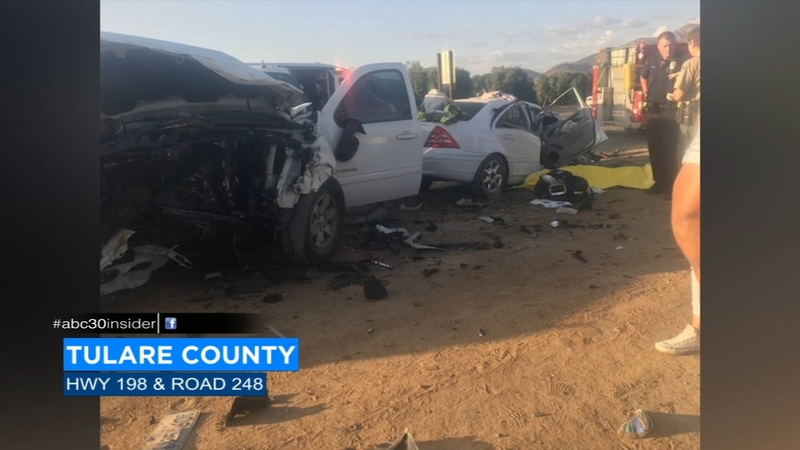 It happened shortly after 5 p.m. Sunday on Highway 198 at Road 248, that's just northeast of Lemon Cove.

Officers say 37-year-old Joshua Scott Young was behind the wheel of a Mercedes when he attempted to pass slower traffic on the two-lane highway.

He and the driver of a GMC Yukon both veered to try and avoid the crash, however, they ended up colliding head-on.

The 61-year-old passenger in the Mercedes died.

The driver of that car and all four people from the Yukon were taken to the hospital including two young children.