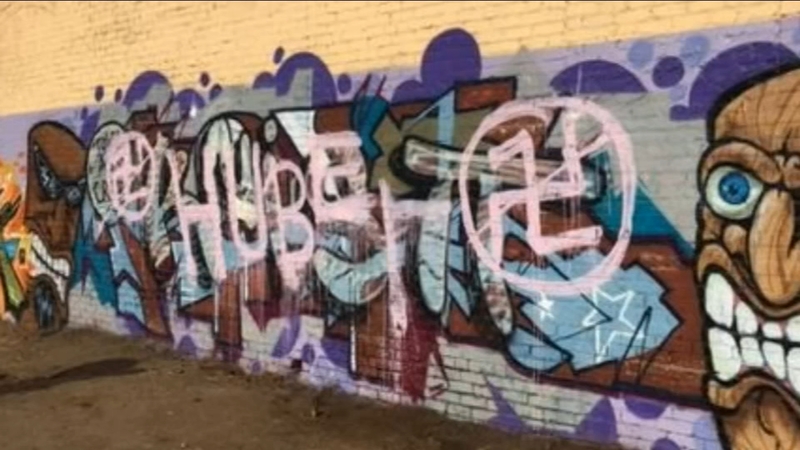 FRESNO, Calif. (KFSN) -- It's mostly covered now, but you can see some of the pink paint that was used to deface a sprawling piece of artwork on the side of a building on H Street in Downtown Fresno.