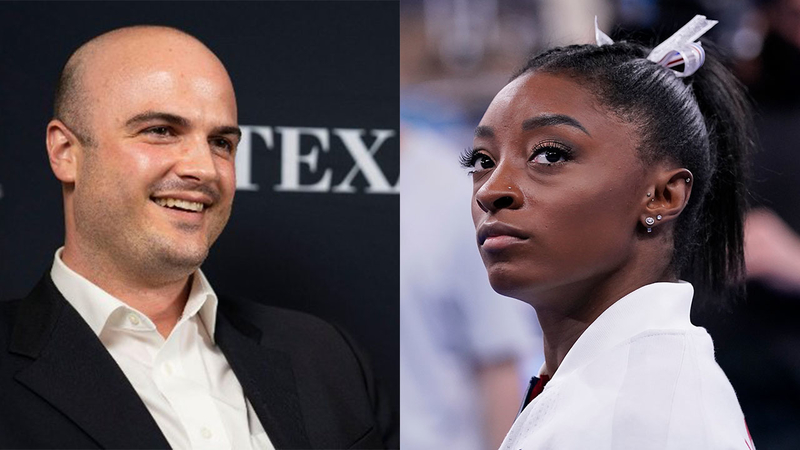 AUSTIN, Texas -- Texas Deputy Attorney General Aaron Reitz has issued an apology to Simone Biles after calling her decision to pull from the Olympics to focus on her mental health a "national embarrassment."

On Tuesday, Biles' announced she was pulling out of the team finals after one rotation because she wasn't mentally ready. Her decision was supported but also faced critiques. Reitz was among those criticizing Biles, and shared a tweet from another user that contained a video of gymnast Kerri Strug's 1996 performance, which is remembered for her gold medal-clinching vault on an injured ankle.

After receiving backlash, Reitz's tweet was no longer found on his page. Instead, he pinned a tweet issuing an apology to Biles.

"I owe @Simone_Biles an apology. A big one," he wrote.

Reitz added that his previous comment was made in a moment of frustration and disappointment.

"I opined on subjects for which I am not adequately versed. That was an error," Reitz's statement read. "I can't imagine what Simone Biles has gone through."

I owe @Simone_Biles an apology. A big one. My statement: pic.twitter.com/SZI8YRI3WO

Jordan Chiles, Sunisa Lee and Grace McCallum guided the U.S. to silver while Biles cheered from the sideline in a white sweatsuit, at peace with a decision that revealed a shift not only in Biles but perhaps the sport she's redefined.

She then announced that she would not defend her Olympic title and withdrew from Thursday's all-around competition.

After further medical evaluation, Simone Biles has withdrawn from the final individual all-around competition. We wholeheartedly support Simone’s decision and applaud her bravery in prioritizing her well-being. Her courage shows, yet again, why she is a role model for so many. pic.twitter.com/6ILdtSQF7o

"Today I learned about a very inappropriate and insensitive tweet by one of our employees. This will be handled internally," the tweet said.
Paxton also added a statement supporting Biles and expressing the importance of mental health.

"I know Simone Biles - she is a fantastic athlete but an even better person," the statement read. "Mental health is far more important than any athletic competition and I fully support her decision."

Today I learned about a very inappropriate and insensitive tweet by one of our employees.

This will be handled internally. pic.twitter.com/xln30VxVFl