Tom Seaver's memory lives on along Echo Street, where a portion of the street in front of Fresno High is named Tom Seaver Lane.
KFSN
By Stephen Hicks 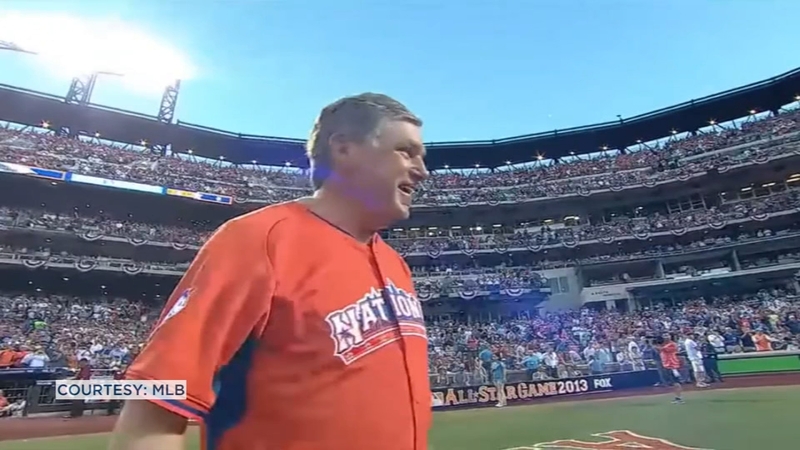 FRESNO, Calif. (KFSN) -- Hall of Fame pitcher and Fresno native Tom Seaver has died at the age of 75.

The Valley legend passed away on Monday, August 31, due to complications of Lewy body dementia and COVID-19, according to the National Baseball Hall of Fame.

Tom Seaver entered big league baseball with expectations of greatness. And by the end of his 20-year career, he had exceeded them all. Watch a video tribute to the Hall of Fame legend. https://t.co/1igowC8EIs

Seaver was born and raised in Fresno and attended Fresno High School. Nicknamed "The Franchise" and "Tom Terrific" during his time with the New York Mets, Seaver was a 12-time All-Star, a 3-time National League Cy Young Award winner and a World Series Champion.

Seaver also served in the U.S. Marine Corps. He was diagnosed with dementia in 2019.

"I am deeply saddened by the death of Tom Seaver, one of the greatest pitchers of all-time. Tom was a gentleman who represented the best of our National Pastime. He was synonymous with the New York Mets and their unforgettable 1969 season. After their improbable World Series Championship, Tom became a household name to baseball fans - a responsibility he carried out with distinction throughout his life. On behalf of Major League Baseball, I extend my condolences to Tom's family, his admirers throughout our game, Mets fans, and the many people he touched."

Hall of Fame pitcher and Fresno native Tom Seaver has died at the age of 75.

Seaver's classmates at Fresno High say he started off on the basketball court.

"He was a star basketball player, he was an All City player," says Angelo Stalis.

Stalis says he later went from the court to the baseball field, becoming a pitcher for the school's team.

"Fresno High is so proud of Tom Seaver. So many have gone through to stardom, but he's at the top of the list," he says.

Seaver later enrolled in Fresno City College, and then was recruited to play college baseball for the USC Trojans.

He went on to play professionally for the New York Mets as well as the the Cincinnati Reds.

Jim Maloney, a Former Cincinnati Reds player and Fresno native, graduated five years before Seaver and played against him several times in the big leagues.

"He said, 'Growing up in Fresno, my idol was Jim Maloney'. I didn't know that. It's a sad day losing Tom, it's pretty tough," says Maloney.

Seaver was married to Nancy Seaver, who's also from Fresno and ended up owning a winery in Napa.