Furniture was piled high on trailer and dumpsters were filled to the brim during a recent cleanup.
KFSN 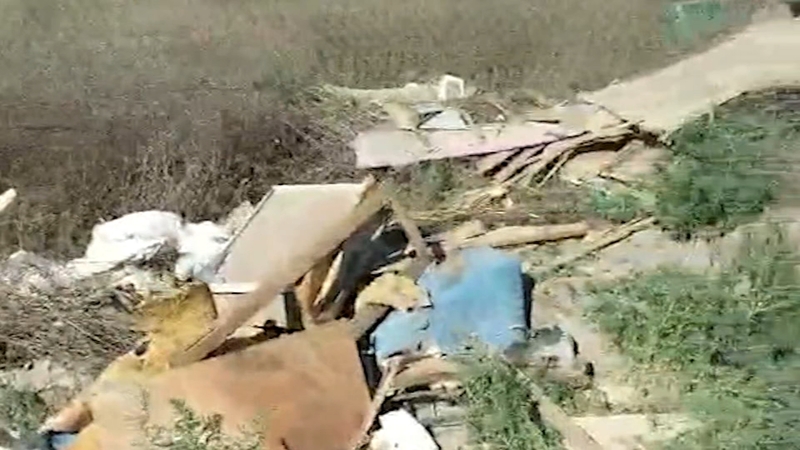 KINGS COUNTY, Calif. (KFSN) -- The outskirts of Stratford in Kings County have been transformed into a dump.

Trash has been piling up there for years, but co-founder of Reestablishing Stratford, Robert Isquierdo, says lately it's gotten a whole lot worse.

Isquierdo believes some people are dumping out of convenience, but it's also a sign of the times.

"People are trying to hang on to their money, because they don't know what is happening tomorrow, and I think that might be another reason why we're getting even more dumping now," Isquierdo says.

In the North Valley town of Los Banos, farmer Cannon Michael woke up to an immense amount of trash littered across his orchard Monday morning.

"It is so disrespectful that it is hard to understand that people would be willing to do that, especially at this time when there is a lot of pressure on farmers," says Michael.

Michael often experiences illegal dumping on his farm and says the problem grows during times of financial crisis.

"Also unwanted pets show up quite a bit," he says.

It's up to his farmers to clean the mess and in Stratford, Isquierdo's non-profit has taken it upon themselves.

Furniture was piled high on trailer and dumpsters were filled to the brim during a recent cleanup.

"We took a roll-out trailer, a local farmer let us use his backhoe, and we removed 12,000 pounds in one day," Isquierdo says.

Isquierdo is now asking the Valley for help.