Airlines ground some Boeing 737 Max planes due to new issue 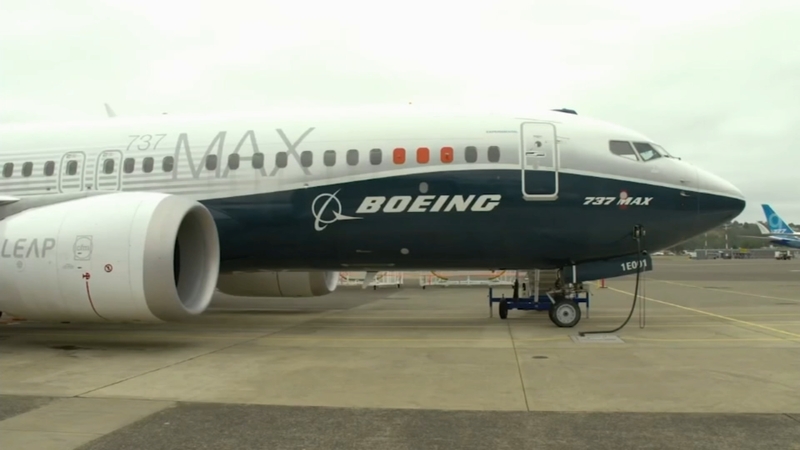 It comes as Boeing announced a new issue with the model -- this time it's with the electrical system.

Boeing says airlines need to verify that one of the components of the plane's electrical system is sufficiently grounded.

The company is working with the FAA to address the problem.

American will ground 17 of the 24 planes they own and United will ground 16 of the 30 in their fleet. Southwest will ground 30 of the airline's 58 planes.

Statement from American Airlines:
"Last night, Boeing notified us of a potential production issue with a component in the electrical power system on 17 our most recently delivered Boeing 737 MAX aircraft. At Boeing's direction, we have temporarily removed these 17 aircraft from service in order to complete necessary inspections and make any changes recommended or required by Boeing or the Federal Aviation Administration (FAA).

As we shared when we returned the 737 MAX to commercial service, the safety of our customers and team members comes above all else. It's with this unequivocal standard that we rigorously maintain and monitor all our aircraft - including the Boeing 737 MAX - to ensure every plane in the air is safe.

We have 24 other 737 MAX aircraft in our fleet that are not affected by this issue as they were produced and delivered prior to the ungrounding. We will continue to work with the FAA, Boeing and our union leaders and their safety teams as a thorough assessment of the issue is completed."

Statement from United Airlines:
"Starting immediately and out of an abundance of caution, we are voluntarily and temporarily removing 16 Boeing 737 MAX aircraft from our schedule. We have been in touch with the FAA and Boeing and will continue to work closely with them to determine any additional steps that are needed to ensure these aircraft meet our rigorous safety standards and can return to service. We are working to swap out aircraft to minimize the impact to our customers.

Background
- We have 30 total 737 MAX aircraft in our fleet
- We are working to cover this flying with other aircraft in our operation
- We are in communication with Boeing to understand the timeline for returning the aircraft safely to our fleet. We do not have an estimate right now."

Statement from Southwest Airlines:
"Southwest Airlines has received notification from Boeing regarding a potential electrical grounding path issue associated with a subset of Boeing 737 MAX aircraft.

While Southwest has not experienced any known operational challenges related to the issue, 30 of the airline's 58 737 MAX 8 aircraft are affected by the notification. Southwest has removed the 30 MAX 8s from our schedule for further review and will swap any flights previously scheduled with the aircraft to spare aircraft within our fleet of over 700 Boeing 737s.

Southwest anticipates minimal disruption to our operation, and we appreciate the understanding of our Customers and Employees as Safety is always our uncompromising priority.

For Background: Southwest is currently operating a limited schedule with the MAX and only has up to 15 737 MAX 8 aircraft scheduled to fly each day. As mentioned above, Southwest has over 700 aircraft in our fleet."