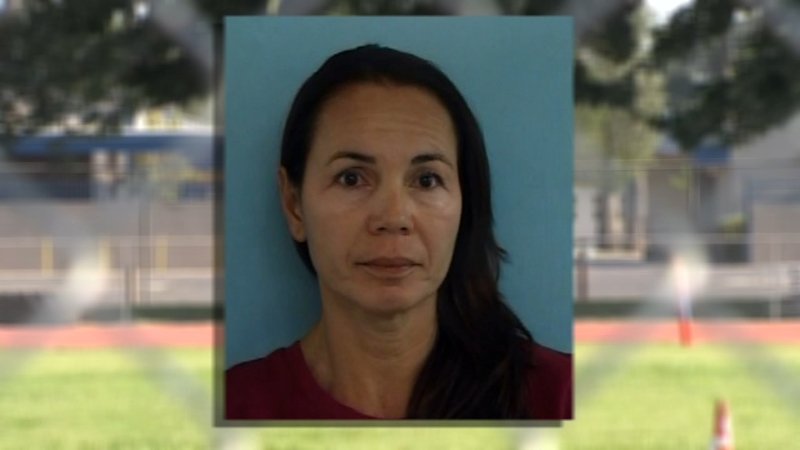 TULARE, Calif. (KFSN) -- At the Tulare Police Department, the questioning of teachers continues. Detectives are trying to learn all they can about 50-year-old Angela Webb. The longtime educator is accused of having a sexual relationship with a former student that lasted three and a half years.

"That's really shocking and annoying because I have a son who goes there. Who is to say it didn't happen to him," said parent Alfred Crisp.

News of the arrest sent shockwaves through town. Webb began teaching at Tulare Joint Union High School District in 1992. She started off at Tulare Western as a volleyball coach and PE teacher. She later moved on to teach at Tulare Union. Detectives are accusing her of performing sex acts on a former Tulare Western student.

"It is a violation of trust in that sense. It's a student-teacher relationship, that has to be taken very seriously," said Lt. Jerod Boatman with Tulare Police.

Former students remember Webb as a decorated volleyball coach who led her team to winning seasons. They say she appeared to be the type of teacher who always did things by the book.

"She went by the rules, it was always the way she wanted things to be done," said Linda Delgado, a high school graduate. "Typical strict teacher."

Police were tipped off about the relationship back in June. Friday morning, they said they finally had enough evidence to serve her an arrest warrant at her home.

"No, it's definitely not okay, they should be held to a very high standard because they are teaching our kids. They're supposed to be teaching them bigger and better things and this is not good at all," said Crisp.

Officers won't reveal the age or gender of the victim and say the person has since moved out of state. Detectives also aren't ruling out the possibility there may be more victims.