Tulare students preserve the past through Japanese American memorial at fairgrounds 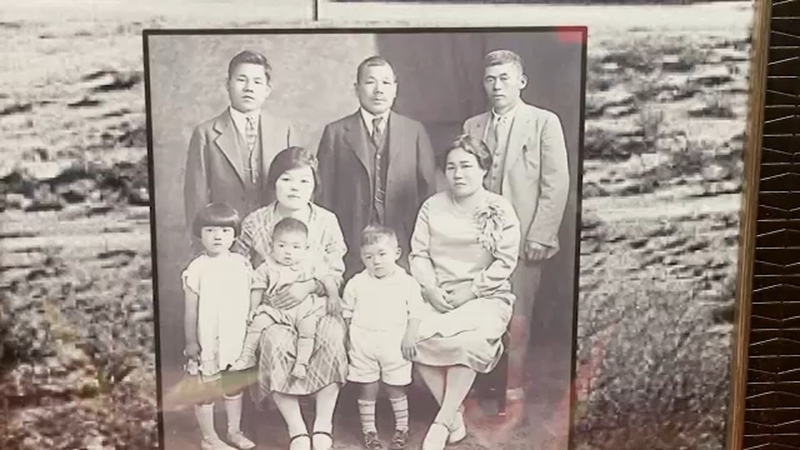 Tulare students preserve the past through Japanese American memorial at fairgrounds

TULARE, Calif. (KFSN) -- Every fall, families flock to the Tulare County Fairgrounds for the fun and food at the county fair. But what many don't know, is that it's the place where thousands of Japanese American families spent some of their darkest days.

Following the attack on Pearl Harbor, Japanese Americans were ordered to leave their homes and the lives they knew behind. Over a span of six months in 1942, about 5000 people were ordered to report to what was known as the Tulare Assembly Center. From there, families were sorted into internment camps across the country.


"Women and children and the elderly. It was families that were put in prison," said Michaelpaul Mendoza, history teacher at Mission Oak High School.

A group Mr. Mendoza's students want to make sure what happened in their hometown 80 years ago isn't forgotten. In 2016, a U.S. cultural history class was shocked to learn there wasn't a plaque or memorial to honor the history of Japanese Americans at the camp in Tulare. So they started working towards a symbol that would be preserved at the fairgrounds forever.

"When we lose this generation who lived through it, we can still remember what they lived though," said MOHS student Megan Farrenkopf.

The effort was passed down from class to class and slowed down due to the pandemic. But now, with approval for a monument granted by the fair's board of directors, Thursday students had the opportunity to take some of the Japanese American men and women who lived at the camp as children back to the fairgrounds.

"That was truly a magical moment," said Farrenkopf. "Just to know these people have all of this history that they share together."

The older generation told their personal history and the younger generation shared their ideas of how it could be preserved. A rendering including cherry blossom trees, a statue and educational plaques is what a monument at the entrance of the fairgrounds might look like.


"Having that moment to pause and reflect on what happened in Tulare is going to be a really eye-opening experience for a lot of our community members," said Farrenkopf.

At the Tulare Historical Museum Thursday, it was standing room only as community members gathered to hear from the internees.

Mr. Mendoza says the community is welcome to contribute their ideas to bring the monument to life.

"This is the kind of student project that is going to leave a legacy not just in this town, but in this community, in this county and in this state," he said.