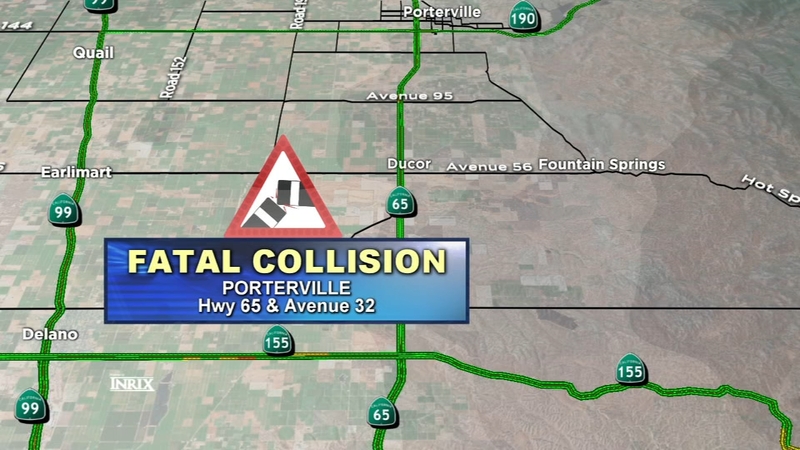 FRESNO, Calif. (KFSN) -- A driver was killed after they crashed head-on into a semi-truck in Tulare County on Tuesday morning, according to the California Highway Patrol.

The crash was first reported just before 5 am on Highway 65 near Avenue 32.

The CHP said the driver of a black Dodge Charger tried to pass another vehicle and collided with an oncoming semi-truck that was hauling 7,500 gallons of diesel fuel.

The Dodge overturned, and the driver was pinned inside the vehicle. Paramedics were called to help, but the driver died at the scene.