Orosi uncle and nephew arrested for hanging, beating their own dogs to death 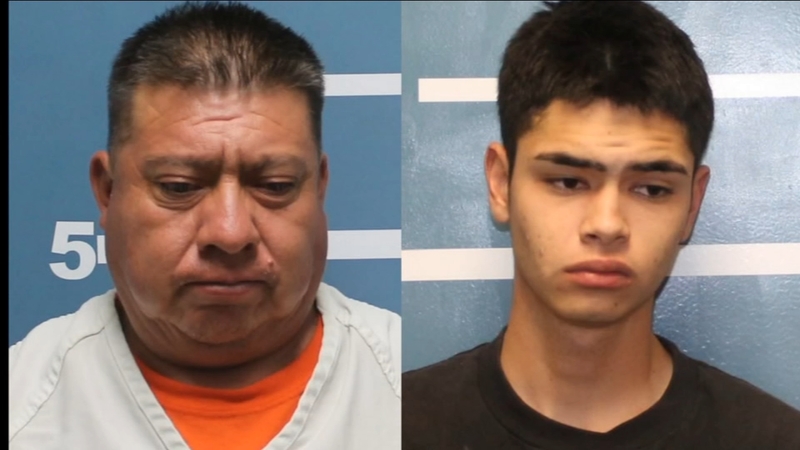 Orosi uncle and nephew arrested for hanging, beating their own dogs to death

Two South Valley men are accused of some atrocious acts against animals, and authorities say a neighbor caught it on camera.

The Tulare County Sheriff's Office says Angel Valencia, and his nephew, 18-year-old Carlos Rivera, killed their own dogs at a property near Orosi on Wednesday night.

Authorities say they believed the dogs, a German Shepherd mix and a Husky, killed their baby pigs.

When deputies showed up, they found the two dead dogs, and the two suspects-their clothes stained with blood.

"Their demeanor was not as if they felt they should be in trouble," Sheriff Mike Boudreaux said. "They didn't feel as if they had done really anything wrong. It was really alarming to the officers on scene as you can imagine."

The manner in which Valencia and Rivera allegedly killed the dogs is also alarming.

One at a time, Sheriff Mike Boudreaux says Valencia and Rivera used a rope to hang the dogs from a tree, and then beat them with sticks.

At one point, the men noticed one of the dogs was still alive.

"It appears that they took some type of cutting instrument to begin cutting the dog's head off," Boudreaux said. "Shocking to say the least."

The incident was caught on cell phone video by a neighbor-the same person also called the sheriff's office to report what was happening.

Boudreaux doesn't think the men knew they were being recorded.