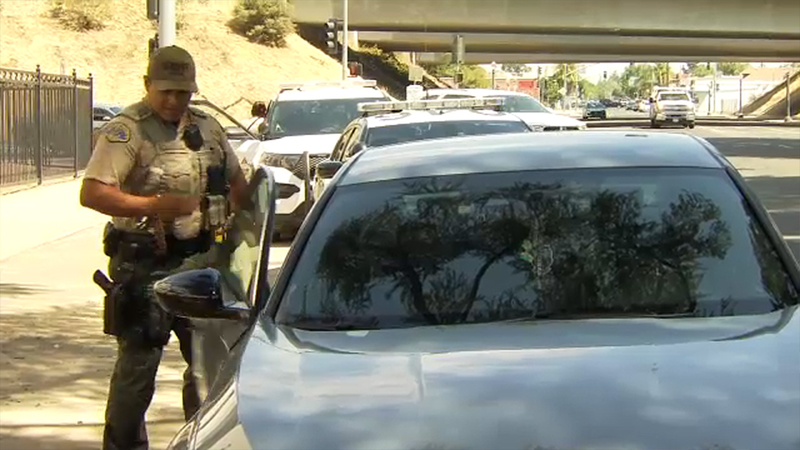 FRESNO, Calif. (KFSN) -- A stabbing suspect led law enforcement officers on a chase from Tulare County into Fresno on Wednesday.

The Tulare County Sheriff's Office said deputies were called to reports of a family dispute around 10:20 am to Riverland RV trailer park.

When investigators arrived, witnesses said a fight had broken out between two people and someone pulled out a knife. The weapon was taken away and no one was hurt.

Deputies say the suspect, a woman, had driven away after the fight.

Authorities tried to pull over the woman, but she refused to stop.

Law enforcement officers followed her into Fresno. The pursuit ended at Fulton Street near Highway 180, where the suspect was taken into custody.