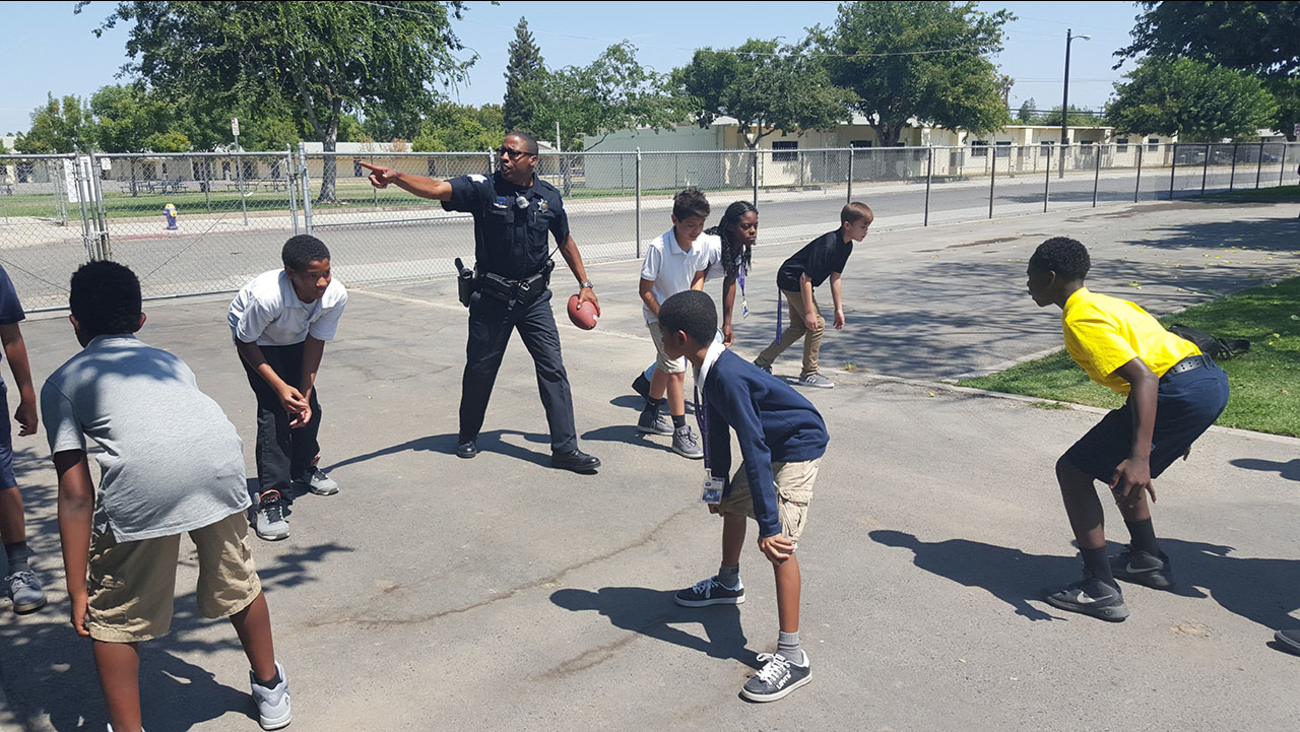 When students arrive at Cooper Academy, they're often met by a police officer. But it's a good thing.

Officer Conrado Martin is assigned as a student neighborhood resource officer (SNRO) to Cooper Academy as part of expanded safety efforts the district launched this school year. The initiative includes assigning SNROs to all middle schools.

The district's 15 SNROs are based at schools but also spend time in the neighborhoods surrounding the campuses they are assigned to. School resource officers continue to be assigned to the district's high schools.

Martin has become a beloved addition to Cooper in the three months he has been there. He greets students every morning before school with a fist pump and plays football and other games with students at lunch.

He mingles with students between classes and every Tuesday meets with a selected group of boys for the Officer's Club for lunch. Over five weeks, Martin teaches the boys about integrity, honesty, respect, courtesy, responsibility, accountability and forgiveness. At the end the boys take an oath pledging to follow the seven principles.

"It's me just being able to connect with them so I can teach them these principles," Martin said. "What I have figured out from this is this is what they need, to see the police department in a different light."

Boys in the first Officers Club session had different backgrounds but a commonality was six of the eight did not have fathers in their homes. The group talked frankly about gangs, contact with police, and drugs.

"It's not me catching them doing something, but just letting them ask questions," Martin said.

For his second session of Officers Club, he more than doubled the size to 20 boys because so many wanted to be part of it. He is also starting an Officers Club 2 for girls. And nearby Wilson Elementary School has asked that Martin come over and talk to students there.

"He is everywhere -- in the community, helping families, helping students on campus, making great connections with so many people," said Cooper principal Sandra Auble. "Our kids are asking for him on a daily basis and when he's not here, students are disappointed."

Martin has been on the police force for 14 years with 12 different assignments, but this assignment is his favorite: "This is by far the most rewarding job that I have ever had."

Parents are also delighted with the addition of Martin at Cooper.

"I'm so happy to see how he greets the students and making connections with them," one Cooper parent said. "It's so great to see how the students look to him and they are having the understanding of, 'Wow, he's law enforcement and a good guy.'"
Related topics:
fresno unified school district building futures
Sponsored Content
FRESNO UNIFIED SCHOOL DISTRICT - BUILDING FUTURES