KGO
By Kate Larsen
SAN FRANCISCO -- Airline passengers who refuse to wear a mask while flying could now have their flying privileges revoked.

SFO is plastered with signage reminding people that you must cover your face, but there has still been plenty of bad mask behavior.

"Three gentlemen in a row came in without a mask and absolutely nothing was said to them," said Dr. Michael Anderson, president of UCSF Benioff Children's Hospitals.

Anderson took a business trip to Denver and on June 6 posted three photos to Twitter of un-masked passengers on a United flight from Denver to San Francisco.

"The gate agent didn't give them a mask, the flight attendant did not give them a mask, and I just got really angry because I think that the airlines really owe it to us to prove that it's a safe place and a safe time to fly. I was floored."

"The basics of wearing a mask is what we owe to each other until a vaccine is here," said Anderson.
On Monday, United Airlines said starting June 18 any passenger who does not comply when onboard a United flight will be placed on an internal travel restriction list.

On Friday, a woman tweeted photos that she says shows two American Airlines flight attendants not wearing masks on a flight her husband took from Dallas to Phoenix.

When ABC7 sent the tweet to American Airlines, they responded with a statement. "American Airlines began requiring face coverings (masks) for Flight Attendants May 1, and customers have been required to wear one since May 11. As our social team stated, we take this matter very seriously and we have reached out to the appropriate leadership in order to address this matter."


Alaska, American, Delta, Hawaiian, JetBlue, Southwest, and United Airlines all announced increased enforcement of face coverings through, Airlines for American, an industry trade organization. Each carrier will determine appropriate consequences for non-complying passengers, including suspension of flying privileges on that airline.
The new policy elicited mixed reactions from passengers at SFO.

"That's kind of stretching a bit far," said Mary Kent who was flying home to Denver Monday. "There's a lot of different reasons why people that don't want to wear it, first amendment rights and things like that. I think that they should as a courtesy wear the mask for everybody that is traveling, but you can't make them, and then to put them on a no-fly list is excessive."

"It is fair because you have to think about the rest of the people," said Edi Garcia, who flew back to SFO from Philadelphia Monday.

"Inside, you see everybody has a mask... Before you get inside, they say you don't have a mask, come to the desk, we're going to give you one." 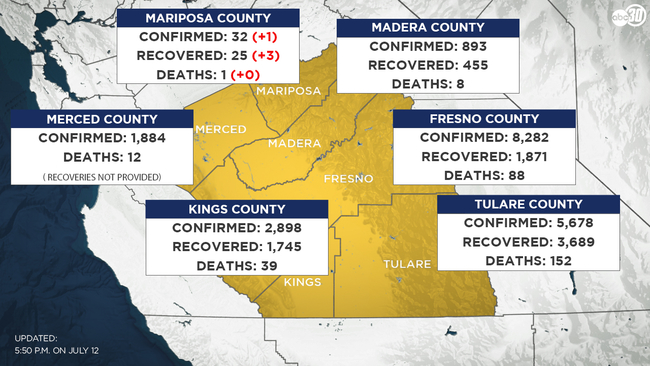