SoCal megastorm affected by global warming could cause $725B in damage, USGS report says 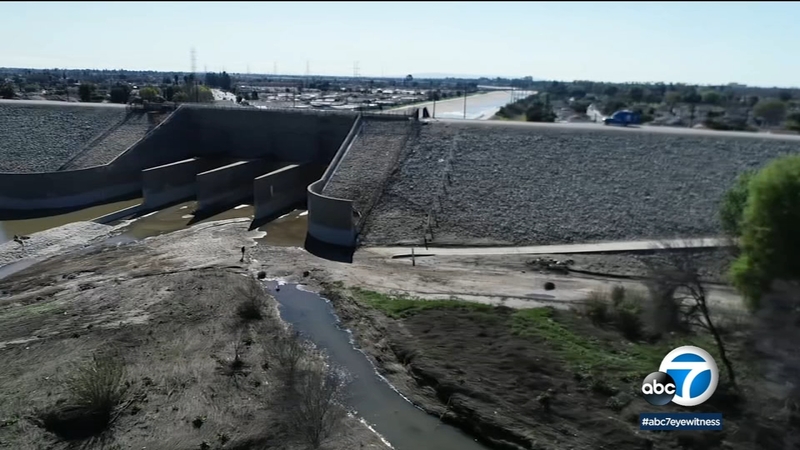 SoCal megastorm could cause $725B in damage: report

PICO RIVERA, Calif. -- The Whittier Narrows Dam stands like a guardian between the San Gabriel Mountains and the towns downstream from them.

Its job is to make sure storms don't become floods. But recent government studies said the dam may not be strong enough.

Garcia has reason to be concerned. She's lived directly beneath the dam for the last 60 years.

According to the U.S. Geological Survey, the odds of a megastorm that could wipe out the Whittier Narrows Dam, as well as the Santa Fe Dam, are increasing as a result of global warming.

A so-called ARKstorm, the report said, could be more devastating than a major earthquake and cause roughly $725 billion in damage.

"We're going to do whatever we can to make sure residents are protected," Steve Carmona said.

Carmona is the director of community and economic development for Pico Rivera, the city just below the dam.

He said city officials have been aware of concerns about the dam since 2013 and have been working with state and federal experts to develop an evacuation plan to deal with a major dam breach.

"That was supplemented by $300,000 to incorporate the other cities that may be affected downstream," Carmona said.

But it's the phrase downstream that has residents like Garcia worried.

The U.S. Army Corps of Engineers is still in the approval stage of a dam modification, hoping to strengthen the 62-year-old dam and make sure it would be able to handle a massive storm.

"That worries me very much. I never even though that we wouldn't have that dam. I thought it was there for life," Garcia said.