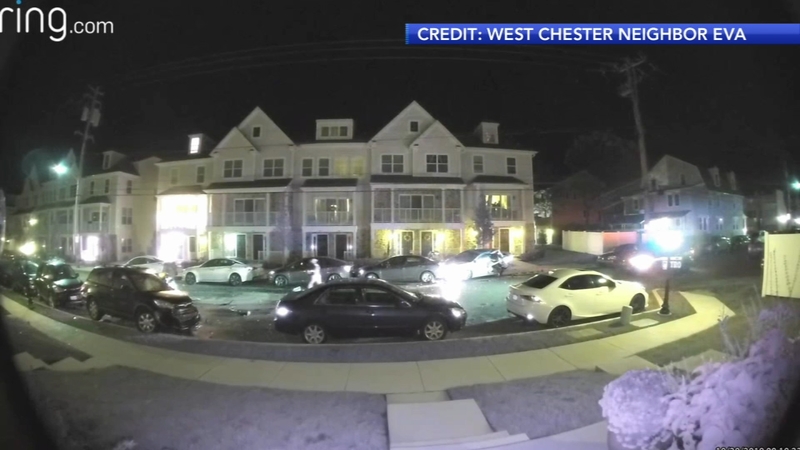 WEST CHESTER, Pennsylvania -- A man is being treated at the hospital after he was captured by a Ring doorbell camera crashing into several parked cars in West Chester, Philadelphia. early Monday.

The driver left a trail of debris down South the street around 12:15 a.m.

Pennsylvania State Troopers said the man behind the wheel pulled up next to troopers and started a conversation, but troopers said he decided to speed off for unknown reasons.

Troopers said they saw him blow through a stop sign about a block away and then watched him crash, ping ponging off of several cars.

Somehow the man was able to take off running down the street despite those violent impacts, according to investigators.

The man made it about 50 feet before troopers caught up with him and took him into custody.

Troopers don't know why the man sped away, but said they be believe it is possible alcohol was involved.

The man was taken to a nearby hospital.