When the victim tried to escape, the two struggled, and shots were fired.
KFSN 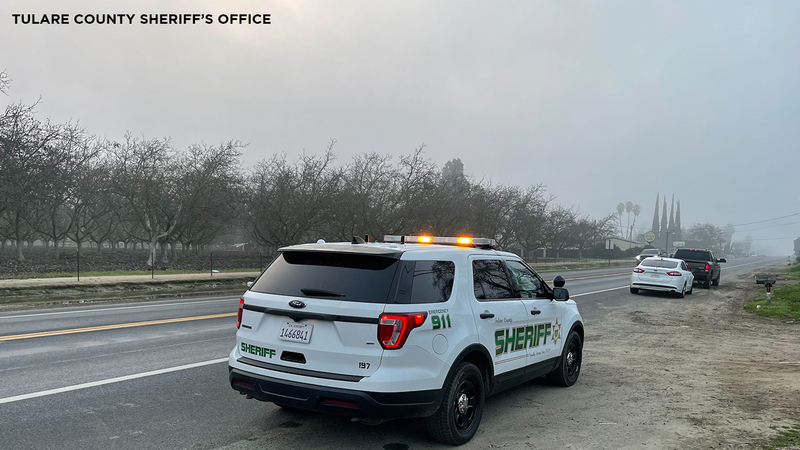 VISALIA, Calif. (KFSN) -- Tulare County sheriff's detectives are searching for a suspect accused of kidnapping a man from his home in Visalia and then stealing his truck.

When they arrived, the victim told them an armed man came to his house and made him take the suspect to his truck and drive off.

The victim said he pulled into a gas station and tried to get out of the truck. The two struggled, and at some point, shots were fired.

Investigators say the man was able to get out of the truck. The suspect drove off with his vehicle.

Sheriff's officials say no one was hurt.

Detectives are working to track down the suspect. Officials say he was in a 2008 white Isuzu with the license plate: 8R49724.