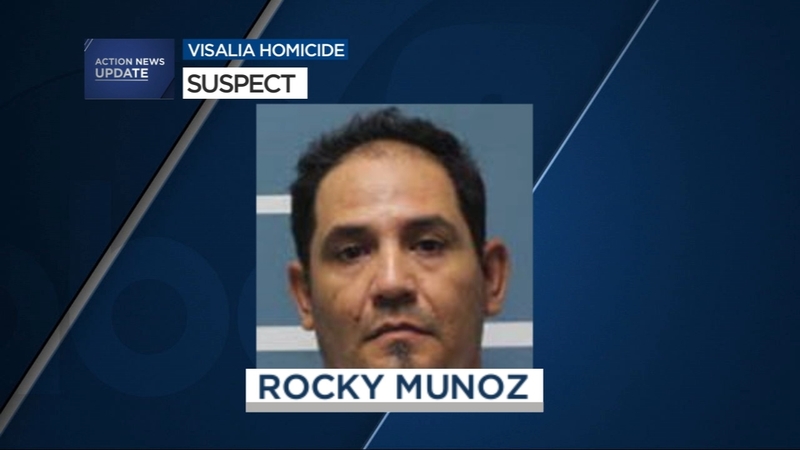 VISALIA, Calif. (KFSN) -- EDITOR'S NOTE: The video above is from a previous broadcast and will be updated.

Visalia homicide detectives have arrested a third suspect in connection with a deadly shooting that occurred earlier this month.

Police say 40-year-old Rocky Patrick Munoz was involved in the murder of 38-year-old Dominic Harris, who was found shot near West Hemlock and South Woodland in Visalia on September 7.

Over the weekend, investigators arrested Derek Williams, 35, and his girlfriend Elissa Navarro, 31, in Kern County for Harris' murder.

Williams had a parole hold placed on him - and his girlfriend, Navarro, had a history too - she was facing four active warrants at the time of her arrest.

Williams was booked for homicide and conspiracy and Navarro was arrested for aiding him.

Now Munoz will also be charged with homicide and conspiracy. He was booked into the Tulare County Pre-Trial Facility.

Visalia police are now trying to figure out what led to the shooting and why Harris was targeted.