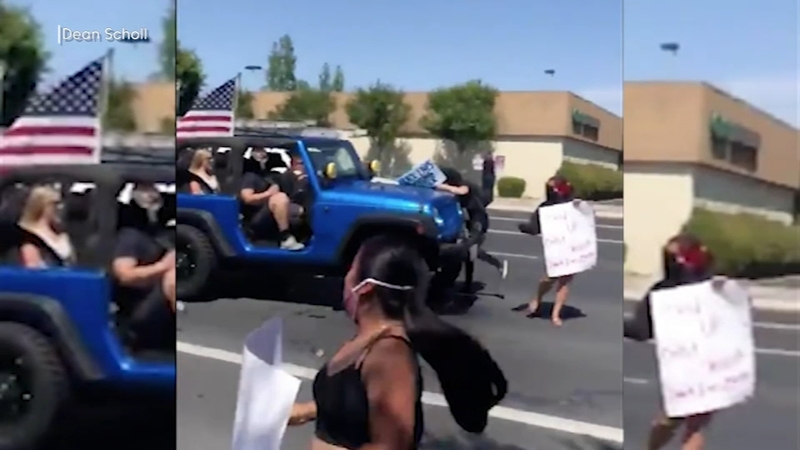 VISALIA, Calif. (KFSN) -- The driver of the Jeep Wrangler caught on camera hitting two protesters at a Visalia Black Lives Matter protest will not face charges.

More than a month after the violent incident, Tulare County district attorney officials say the driver acted out of fear for his safety.

Witnesses at the protest say they're both shocked and angry at the outcome.

The District Attorney's office said in a statement multiple protesters were on the road, illegally blocking the car.

This video attached to their statement claim shows water bottles being thrown at the vehicle.

Attorneys say the driver wasn't able to go forward without making contact with protesters and that they later went to the Visalia police department to report the collision.

"Victims have rights and you just steamrolled them by not filing charges on a felony hit and run... it's inexplicable," said Eric Schweitzer.

Schweitzer said there are several elements attorneys need to prove to get a suspect off the hook for a hit and run, some which include that the suspect acted in an emergency and the suspect's act didn't create a greater danger than the one being avoided.

He believes none were proved.

"How in the world did striking a pedestrian not create a greater danger than having some water bottles chucked at your windshield?" said Schweitzer.