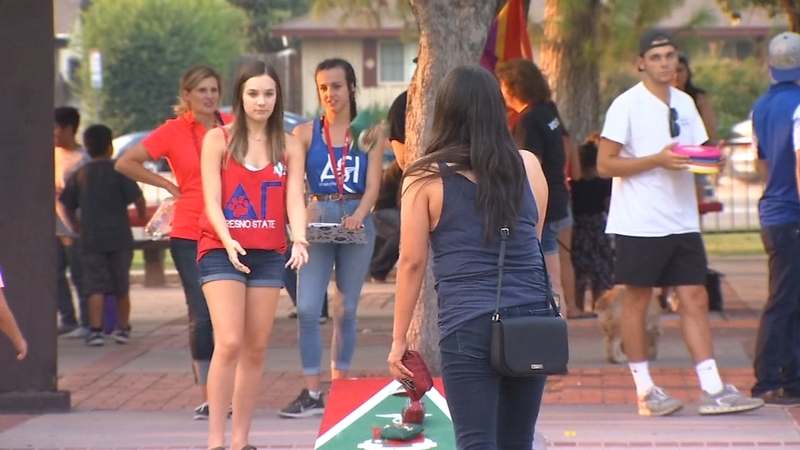 For a 35th-year law enforcement agencies across the valley came together in an effort to build a stronger relationship between Police and the neighborhoods they serve. Police Chief Jerry Dyer says, "what we've found over the years is when people get to know their neighbors and work alongside the police, everyone is safer."

Because air quality took a turn for the worst, several moved activities indoors.

In the spirit of public safety, the Fresno Police Department kicked off their gun lock giveaway after the accidental shooting death of two-year-old Jace Alexander. Chief Dyer says, "we do not want any children being hurt or killed as a result of someone leaving a firearm unsecured."

The Fresno County Sheriff's office added a town hall approach sharing crime statistics for in and around Fig Garden.

Councilmember Esmeralda Soria's office says the bad air quality is too much for their National Night out event.

Sheriff Mims addressed several dozen residents still shaken from the murder of 17-year-old Nick Kauls in June. She says, "we cannot give the impression that we're going to allow criminals to dictate how we live our lives."