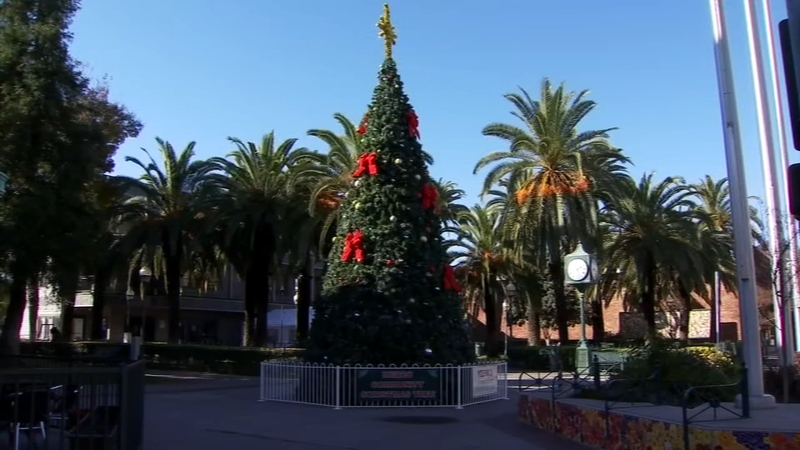 CHOWCHILLA, Calif. (KFSN) -- The Christmas lights on the tree at Chowchilla's Veterans Park will still be turned on starting Saturday, but the Lions Club made the difficult decision to cancel the annual lighting ceremony. Volunteers cited safety and attendance concerns due to the storm that's expected to soak the area Saturday and Sunday.

"I'm a little disappointed, but I understand if it's going to be raining. Who wants to come out in the rain?" asked Chowchilla Resident Lynda David

The non-profit is now planning a free "Visit with Santa" in the park instead. It will be held Friday, December 13 from 6:30-7:30 p.m. Children can also see Saint Nick at a variety of other events throughout the city.

Marty Piepenbrok with the City of Chowchilla says, "The American Legion Veterans of Foreign Wars is having their pancake breakfast with Santa, and there are many more things for the next coming weeks leading up to the holidays."

In Merced, the downtown Christmas parade will start Saturday at 3 p.m., followed by a tree lighting ceremony in Bob Hart Square. Greater Merced Chamber of Commerce CEO Manuel Alvarado remembers the wet weather before and after last year's parade but says it's a tradition that will continue, rain or shine.

Alvarado adds, "I would say bring a lawn chair, an umbrella, and something to keep yourself warm, but it will be a great event. We'll have about 75 entries, marching bands, floats, should be a lot of fun."

Families heading out to events in the rain are being asked to drive with extra caution. The Merced County Office of Emergency Services is tracking the storm and says some localized flooding could occur, but crews have been working to prevent any major problems.

David Scheurich is the Deputy Director of Administration for the Merced County OES. He says, "The main conditions or issues we're finding is there's some canals or drainages or culverts that over time have become clogged because of the lack of rain so that's the clearing that's had to be addressed, but nothing major or substantial that we expect."
Report a correction or typo
Related topics:
weatherchowchillacentral valleystormweatherrain
Copyright © 2021 KFSN-TV. All Rights Reserved.
WEATHER 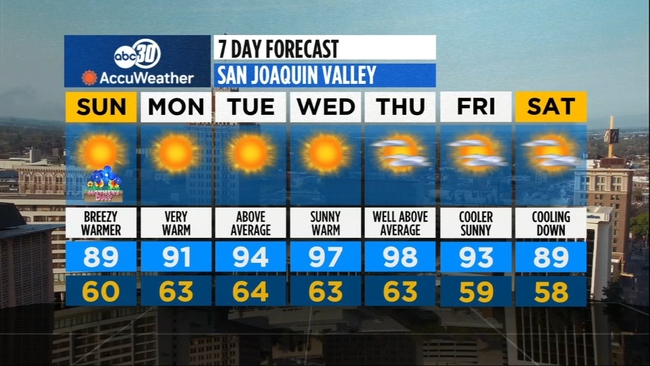 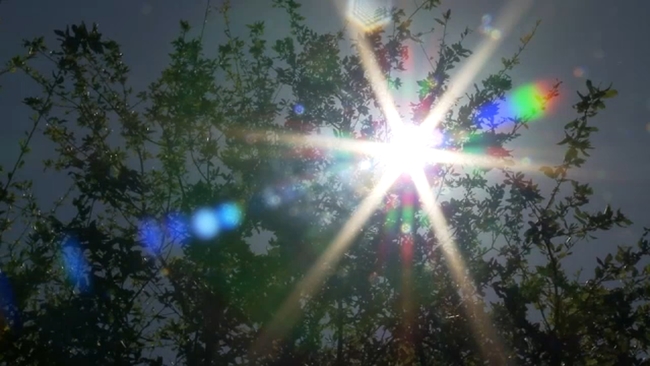