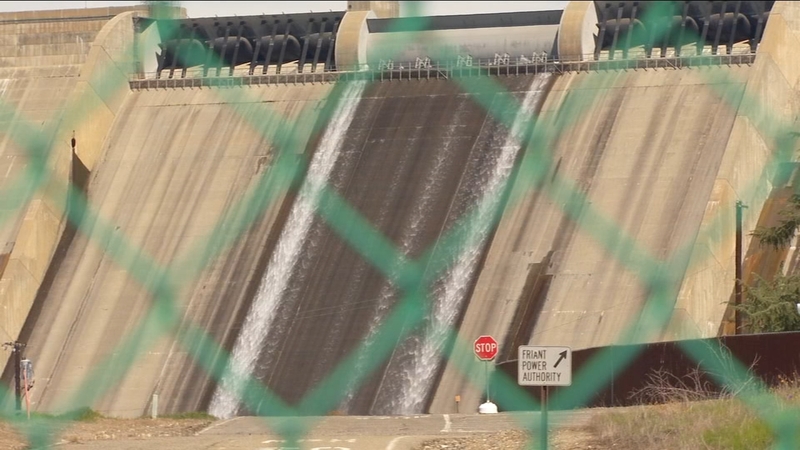 FRESNO, Calif. (KFSN) -- Water is coming out from Friant Dam into the San Joaquin River.

The dam is at about 82 percent of capacity, and the warm weather is melting the mountain snow.

Michael Jackson, Area Director for the Bureau of Reclamation, says, the flow out of the dam is being increased.

"Warm weather has hastened the snowmelt runoff season for us," Jackson said.

"They will absolutely notice a difference; we were releasing about 600 CFS prior to these increases, so we are changing the river 5 to 7 times of what it was," Jackson said.

It's a similar scene at Pine Flat Dam, and on the Kings River. The level of the reservoir is more than one hundred feet above what is considered full and flows out have been increased.

"Right now we have over 5,400 cubic feet per second being released from Pine Flat Dam, basically a summer release it's just that it is in March instead of the summer," he said.

The river is high, but most of the water is being diverted to irrigation canals, giving growers an early boost.

But guessing the inflow and managing the outflow to avoid flooding is a constant battle. The forecast of cooler weather ahead is expected to put at least a temporary brake on the snowmelt.

The plus side so far is more water for Valley crops, and in the San Joaquin River, the effort to restore the Salmon population is getting a boost.