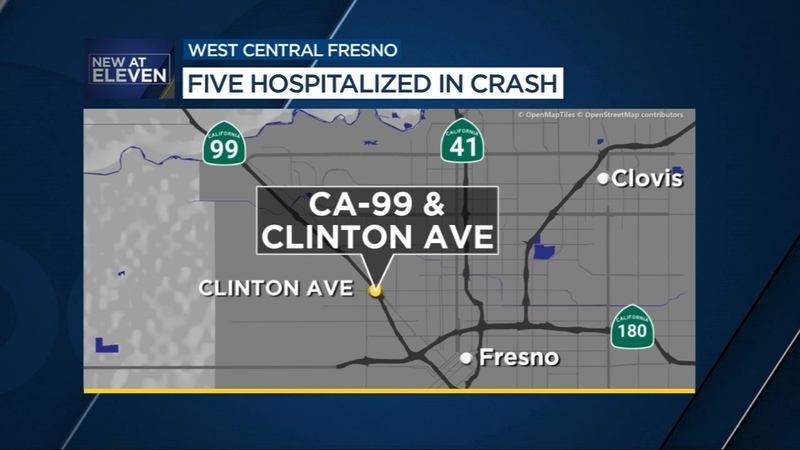 FRESNO, Calif. (KFSN) -- Multiple people have been hospitalized, including children, after a crash in west central Fresno Friday evening.

The California Highway Patrol says it happened on Highway 99 near Clinton Avenue.

Officers say the driver of a Dodge Ram going south on the highway did not see that traffic was stopped and crashed into two other cars.

After hitting those cars, the Dodge crashed into a Toyota Corolla.

The Corolla had two adults and three children inside.

All five were taken to Community Regional Medical Center. One of the children has major injuries and the two others are in critical condition.

The driver of the Dodge had minor injuries. Officers say he was not under the influence at the time of the crash.