Forest rangers say it could take several months before they know entirely everything lost in the devastating fire.
KFSN 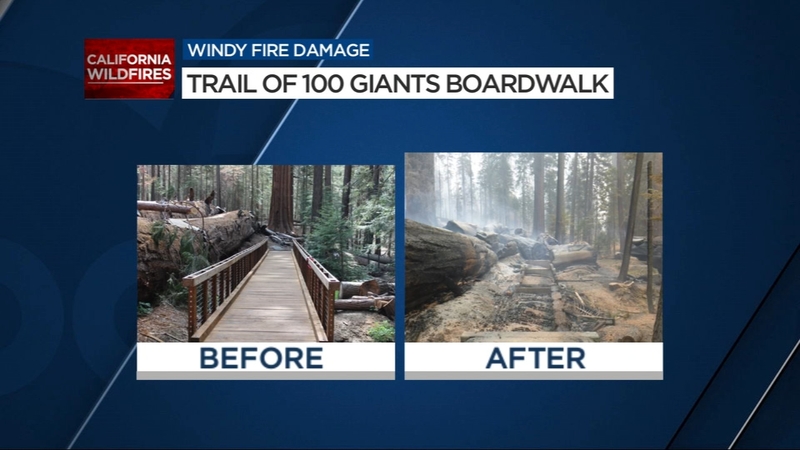 Images shared on Tuesday showed the historic Mule Peak Lookout reduced to rubble. It was built in 1935. Crews wrapped the wood-framed structure in a fire-resistant material in hopes of saving it from the flames, but it is now destroyed. Officials said it was one of the few remaining historic lookouts in the forest.

Another photo shows the boardwalk to the Trail of 100 Giants charred to ash. The boardwalk was constructed in 2011 and was undergoing repairs after a giant sequoia fell on it in 2019. 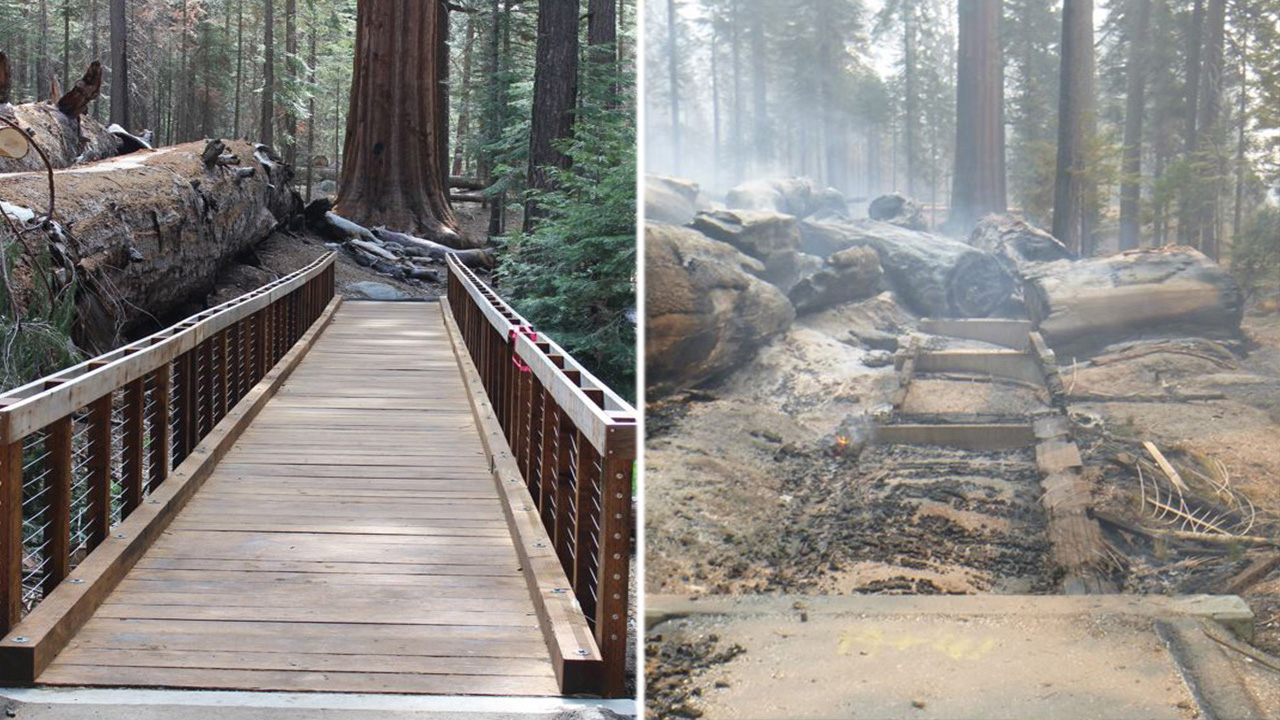 The photo on the left is a file photo of the boardwalk near the Trail of 100 Giants. The image on the right shows the charred walkway after the Windy Fire moved through the area.

Other groves, including Black Mountain, Red Hill and Cunningham, had less fire damage. Forest officials say a few more groves still need to be assessed, and it could take months to determine the fire's full impact on the trees.

Meanwhile, the iconic Trail of 100 Giants was left mostly unscathed after firefighters focused on protecting those trees.

Crews told Action News they set up sprinklers at the base of the giant sequoias to moisten the ground around them, and significant fuel reduction treatments have been done in recent years.

In other areas, firefighters wrapped the base of the trees, including the Giant Sequoia General Sherman, with aluminum foil and protective blankets to prevent damage.

Forest rangers say it could take several months before they know entirely everything lost in the devastating fire.

The Windy Fire has burned through more than 97,000 acres since it was sparked by lightning on September 9. It is now 88% contained.