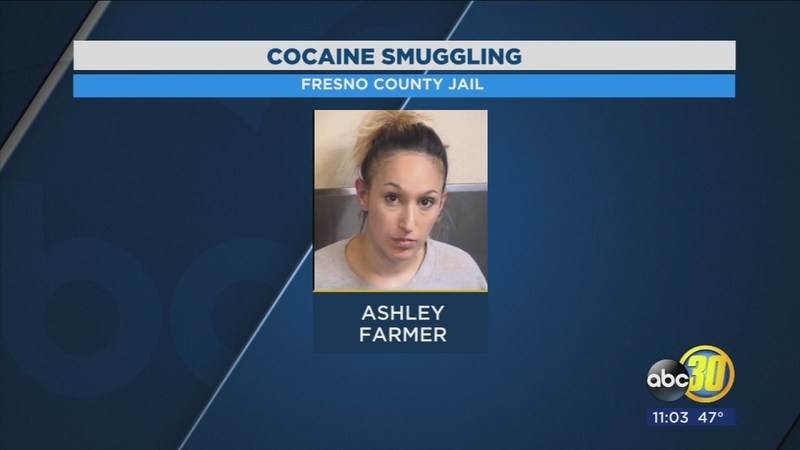 Authorities said correctional officers received a package that was delivered to an inmate, 37-year-old Richard Langdon. He's been in jail since November for drug possession and identity theft charges.

In the package, officers found 12 small plastic baggies filled with cocaine. Investigators believe Farmer was the person who delivered the package to Langdon who is her boyfriend.