2 accused of kidnapping, shooting at suspect's ex-girlfriend in Merced County

Sheriff's officials say a SWAT team tracked down the couple's home in Stevinson and arrested them.
KFSN 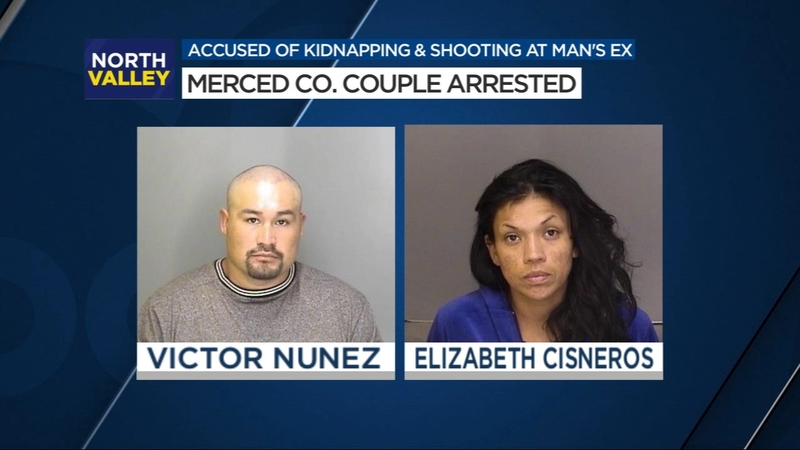 STEVINSON, Calif. (KFSN) -- A man and woman were arrested earlier this week, accused of kidnapping the man's ex-girlfriend, threatening her, and firing shots at her as she escaped.

The Merced County Sheriff's Office says it happened Tuesday before 9:30 am.

The victim told officers her ex-boyfriend and his new girlfriend took her from her home in Stevinson.

She told deputies her ex-boyfriend threatened to kill her.

The woman was able to escape from the couple, but as she ran away, they chased her. At one point, someone started firing shots at her.

The victim was not injured.

Nunez and Cisneros were booked into the Merced County jail on charges of attempted murder and kidnapping.