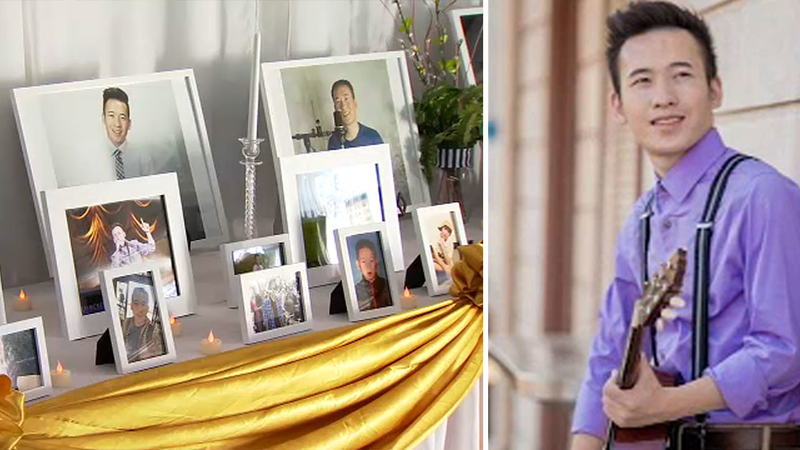 FRESNO, Calif. (KFSN) -- Hundreds gathered at the Fresno Fairgrounds on Saturday to pay their respects to one of the four men killed in last month's mass shooting.

The ceremony for Xy Lee took place in the industrial education building and the first day wrapped up about an hour ago.

The 23-year-old was a famous singer in the Hmong community and his music had a global audience.

Precious memories of the young man with family, singing or holding one of his guitars were also on display.

Per Hmong tradition, Lee's services will last through Monday.

"It is just tragic that he had to leave us this way. I wish there was something that we could have done to prevent this from happening," said Pa Lee, the funeral coordinator.

Lee was one of four men killed on November 17 when at least two gunmen stormed a football watch party at a house on Lamona.

Police have not arrested anyone for the attack.

On the second day of the funeral, Sunday, city leaders spoke to the gathering.