Experts say Yellow Fever Mosquitos are on the rise 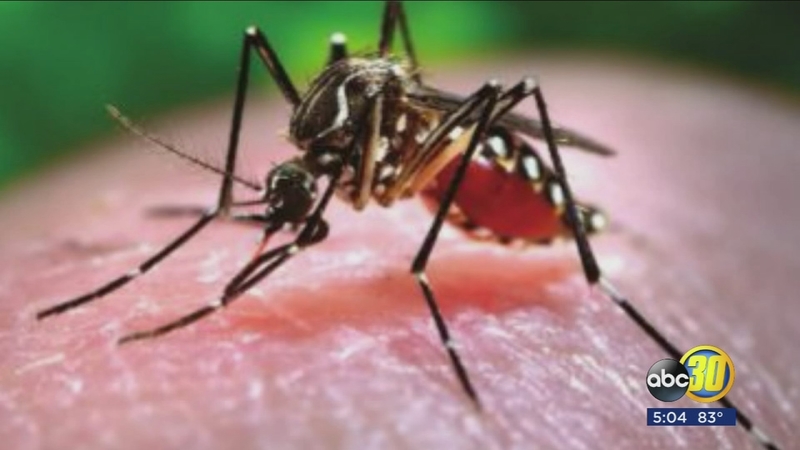 Experts say populations Yellow Fever Mosquitos are on the rise

Fresno, Calif. -- The Delta Vector Control District and the Tulare Mosquito Abatement District have teamed up at the Tulare County Fair--to tell people about invasive species of mosquitoes that can carry diseases.

This summer, Aedes Aegypti, also known as the Yellow Fever Mosquito, was discovered in a Visalia neighborhood--south of Highway 198, and East of Mooney Boulevard.

Delta Vector's Taylor Tushar says they have found breeding sites at 20 percent of the 150 plus homes they have inspected.

"We've done an intensive home to home, door to door campaign. We're educating the public, we're inspecting properties to find sources where these mosquitoes are breeding," said Tushar. "We're finding a lot of the breeding in flower pot trays, bird baths, toys that are getting sprinkler water in them and holding water for an extended period of time."

The mosquito is not inherently infected but can carry diseases such as Yellow Fever and Zika. Tushar says they are trying to keep the population down, but need the public's help.

"If they're being bit during the day and especially around the ankles or behind the elbows, they need to call us, so we can do a follow-up surveillance effort there," said Tushar.

Off Avenue 264 South of Visalia, the population of another species, known as the Pasture Mosquito has skyrocketed. Tulare Mosquito Abatement District General Manager John Avila says the outbreak started in a walnut orchard--the females lay their eggs in mud.

"These mosquitos are so aggressive that they'll cover you and they're so widespread they get in these large areas so it generates a lot of phone calls to the district," said Avila.

They bite, but there's no reason for concern. Avila says the Pasture Mosquito does not carry diseases.