2 children shot in back seat of parents' car in Selma, police looking for suspect 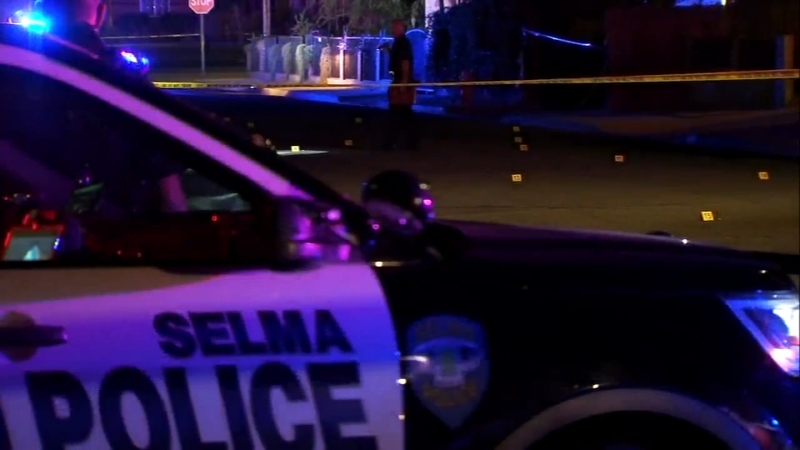 2 children shot in back seat of parents' car in Selma

SELMA, Calif. (KFSN) -- Selma Police believe they have found the car that was involved in the shooting that left two children injured. But they still need a witness to identify the gunman.

At least seven bullet holes struck this Honda Sunday night as a family was taking a shortcut through the neighborhood on Gaynor between Valley View and Yerba Streets on their way home from church.

Nearly 24 hours later, police have no motive or explanation as to why the family was targeted.

"We have not ruled out that it was a mistaken identity for the car or simply in the wrong place at the wrong time," said Interim Selma Police Chief Myron Dyck.

With neighbors on edge, officers stepped up their patrols Monday. Longtime residents say shootings have become more common, but the disregard in the latest shooting is now a big concern.

"It's not safe like it used to be where you can just sit outside and not worry about it anymore. It seems like they don't even need a reason to shoot, they just want to shoot," said neighbor Lori Perez.

Officers say the suspect was seen speeding through the area before and after the shooting. So far, no neighbors have come forward with any surveillance video that would help solve the case.

Investigators spent the day interviewing witnesses and trying to establish a timeline. They discovered another car was also hit a short distance away. But that car was parked, and no one was in it.

"About a block away, there were shots fired in that neighborhood or that area, but it appears to be the same car," Dyck said.