2 people arrested for burning down UC Oriental Market in Merced 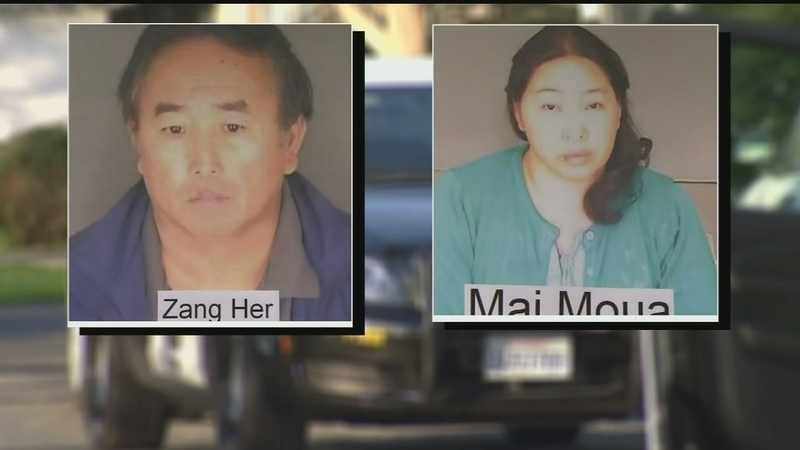 2 people arrested for burning down UC Oriental Market in Merced

MERCED, Calif. (KFSN) -- Merced Police arrested a couple they claim set fire to their own business in 2016.

Mai Moua and Zang Her were booked for arson and insurance fraud after they allegedly torched the UC Oriental Market. Police arrested them in the City of Merced on Thursday morning.

Officers arrested Her during a vehicle stop in north Merced. They later arrested Moua at the couple's home.

According to the Merced County District Attorney's Office, two people have been arrested for burning down the UC Oriental Market in Merced.

Merced County District Attorney, Larry Morse, wouldn't go into the details of the evidence but said investigators found there were findings of financial motives. He said the totality of findings was enough to make the arrests.

Merced Police and Merced Fire were involved in the investigation.

"They were aided by a forensic accountant from the Federal Bureau of Alcohol, Tobacco, and Firearms. I think the fire detectives believe that the fire started on the mezzanine level. We don't believe an accelerant was used," Morse said.

"The fire had the potential to spread throughout that entire city block and was threatening that block when the units arrived," Merced Fire Chief Michael Wilkinson said.

The suspects were not the owners of the building.

Authorities said the remaining portion of the building will be demolished, however, they did not give a timeline for the demolition.