Ford sets record with most powerful, most expensive Mustang ever made with 2020 model 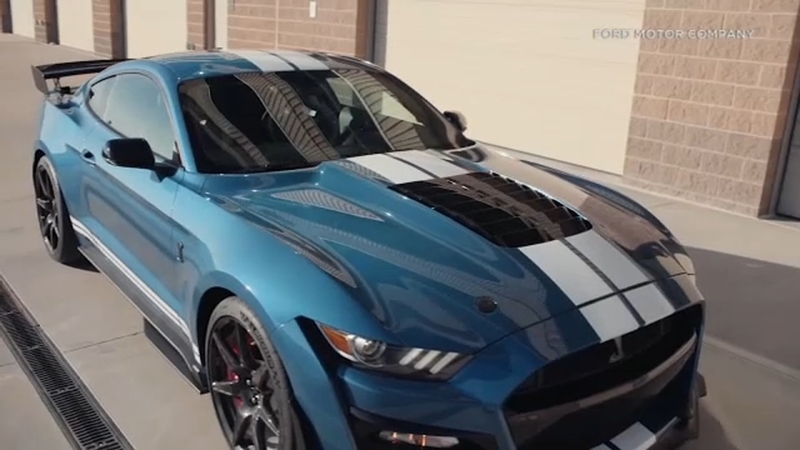 Ford has introduced the most powerful Mustang it has ever made.

For 2020, the Shelby GT500 is hitting showrooms, packing 760 supercharged horsepower under its hood. That puts every previous Mustang to shame, even the ones from back in the glory days of power in the late 1960s.

Oh, but the glory days of working a clutch pedal are starting to become a thing of the past. Like a lot of hot cars these days, the Mustang Shelby is only available with a special automatic transmission. That's to the chagrin of some enthusiasts, for sure. More bad news if you're on a budget: the new super Mustang has a base price of $72,000, setting another record.

Ford didn't let me drive the new power-packing pony car, but I got to drive a 2020 Mustang with even MORE power, the new Jack Roush Edition Mustang. That name may ring a bell, as Roush has been a key figure in winning races and engineering muscle for the street for decades. And Roush is now putting gobs of power into the 2020 Mustang, 775 horsepower to be exact, which beats Ford's own entry by 15 horsepower.

And another win here: you can shift your own gears. And I did, around Willow Springs Raceway. This is by far the fastest, most competent Mustang I've ever sat behind the wheel of. Also the most expensive. It's $50,000 on top of the price of a 2020 Mustang GT. Figure a bottom line north of $90,000 if you're able to get this limited edition track monster, which is also reasonably comfy on the street.

And then there's the Chevy Camaro, which has been the Ford Mustang's main rival - both in the showroom and on the track - for the better part of 50 years.

Chevrolet's sporty coupe gets a few tweaks for 2020, and a new model, the LT1. It's a far less expensive way to get V8 power in your Camaro than before, for a base price of $34,000. That even undercuts the V8 Mustang GT's sticker price by about $1600. Chevy might have planned it that way.

But Chevrolet is being quiet on the Camaro's future, and there is a chance it will quietly fade away in a couple of years. Chevy is focusing on trucks and SUVs, and of course, the upcoming eighth-generation Corvette.