If the bill makes it through the legislature, it will need a majority vote from Californians on the upcoming ballot.
KFSN
By Alyssa Flores 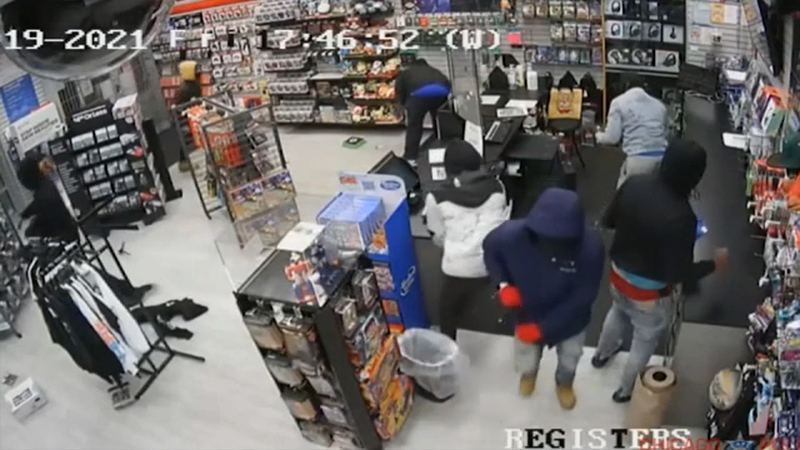 FRESNO, Calif. (KFSN) -- Retail robberies are on the rise in California, and now a state lawmaker wants harsher penalties for thieves.

The initiative would reverse a previous law passed by voters that allowed criminals to steal more before being charged with a felony.

Right now, when officers or deputies arrest suspects for thefts of less than $950, they are classified as misdemeanors.

"We feel a little bit like everyone sort of just forgot us and said whatever happens here is acceptable," said Stan Grosz with Horn Photo.

Horn Photo in north Fresno has been the victim of brazen theft on more than one occasion. Each time, in broad daylight. People posing as customers taking off with their pricy electronics.

The shop competes directly with retail giants like Amazon, so having cameras out on display is a must.

"So you can't keep everything locked away in a place like Horn Photo because they come here to be able to touch a camera. if they can't touch it, then they are buying it online," Grosz said.

It's a trend that's been on the rise across the country and across the state.

Multiple suspects have been arrested after a Louis Vuitton store in San Francisco was hit by thieves.

Smash and grab thefts targeting everything from high-end retailers to beauty stores.

But now, a new bill proposed by state Assemblymember Rudy Salas hopes to crack down on thieves. AB 1603 would drop the minimum value of stolen merchandise before the crime is considered a felony from $950 to $400.

"It will discourage more theft. If it discourages more theft, then we are moving in the right direction," said Grosz.

The initiative would reverse a part of Proposition 47 passed back in 2014, which upped the threshold from $450 to $950

"It was maybe an experiment. It failed. It's time to change things," said Fresno County Sheriff Margaret Mims.

Sheriff Mims says when thieves get off easy, they are more likely to steal again.

"Unfortunately, what happens is they become so emboldened, their crimes become more and more serious," Mims said.

Mims says the initiative would be a game-changer in the way suspects are charged and convicted.

"Whether or not they stay in jail. What their bail amount is. The seriousness of the offense. Prior convictions. This could be very detrimental to someone who has a criminal history," the sheriff said.

The bill was introduced Monday. If it makes it through the legislature, it will need a majority vote from Californians on the upcoming ballot.

New security measures are in place a day after a brazen crime which can only be described as a flash mob robbery at a California Nordstrom store.