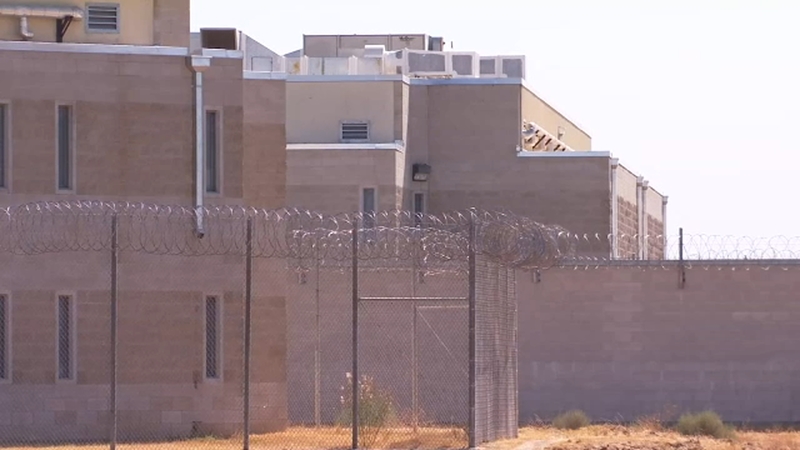 TULARE COUNTY, Calif. (KFSN) -- Out of the more than 600 inmates at the Bob Wiley Detention Center in Tulare County, 50 of them are confirmed positive for COVID-19.

On Tuesday, the ACLU submitted a public records request to the Tulare County Sheriff's Office demanding more information about the growing outbreak.

Emi MacLean is the senior staff attorney with the ACLU of Northern California. She represents people in custody in Tulare County jails.

Just last year, the ACLU brought on a class-action lawsuit against Tulare County Sheriff Mike Boudreaux, accusing him of not instituting safety measures to protect inmates from the coronavirus.

A settlement agreement has been signed but not yet approved by the court.

MacLean said, "The sheriff's department is obligated to adhere to the terms that exist within the settlement agreement, which include ensuring that people in the jails are offered vaccinations, that there's adequate testing, that there's basic testing and that there is meaningful oversight of the sheriff's response to covid and the jails."

Within the last week, more than 300 new inmates were brought into the jail and vaccinations were offered and the inmates are housed according to their testing results.

Plus, the sheriff's office says all of the 31 confirmed positive cases were placed in "isolation," pointing to physical court proceedings, outside medical appointments and legal visitors exchanging documents with inmates as the problem.

But the ACLU says the sheriff's office needs to take more steps to address the growing outbreak.

"A basic measure that needs to be taken is testing of everyone in the facility where there is an outbreak," MacLean said. "Willful blindness should not be an option in the context of COVID. There needs to be knowledge of who's affected in order to be able to contain the pandemic."