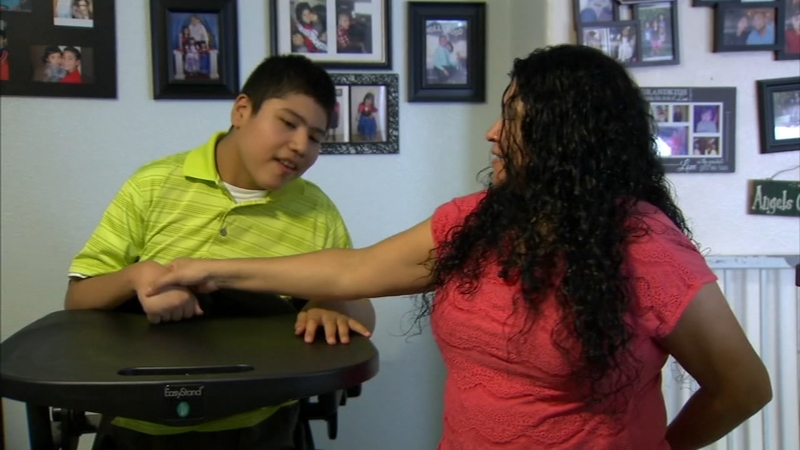 FRESNO, Calif. (KFSN) -- In 2010, Adam's Law took effect in California. It was inspired by the story of Adam Carbajal, who was abused by his mom's boyfriend when he was one.

It left him with a life-changing brain injury.

"They told us he would survive until six and then 10, and then they said he might survive until he's 13," says his grandmother, Maria Alvarez-Garcia.

"That's why that conservatorship is very important, especially in Adam's case because as you can see, he can't speak," Alvarez-Garcia said. "He needs somebody to take care of him."

Adam is known all throughout the state for what happened to him and how his family turned it into a mission to change the law.

But according to his grandmother, there are some in the court system who believe he is capable of making his own decisions.

Since May of last year, Maria has been filing paperwork and legal forms, trying to become Adam's conservator.

There have been some issues -- she's had trouble getting the clarity she needs and can't afford a lawyer.

She says the judge pointed to staffing shortages for the lack of help from the court.

"You're understaffed -- that is not my fault, that is not Adam's fault," she said. "That is not the people's fault."

After our interview in researching how conservatorship's work, we spoke with legal analyst Tony Capozzi.

He put us in touch with a lawyer who handles cases like these -- he's taking Adam's family's case Pro bono.

Adam is not able to do the things he used to love -- like going to the beach and amusement parks.

It's not clear how many years he has left but his grandparents are determined to give him the best and healthiest life possible.