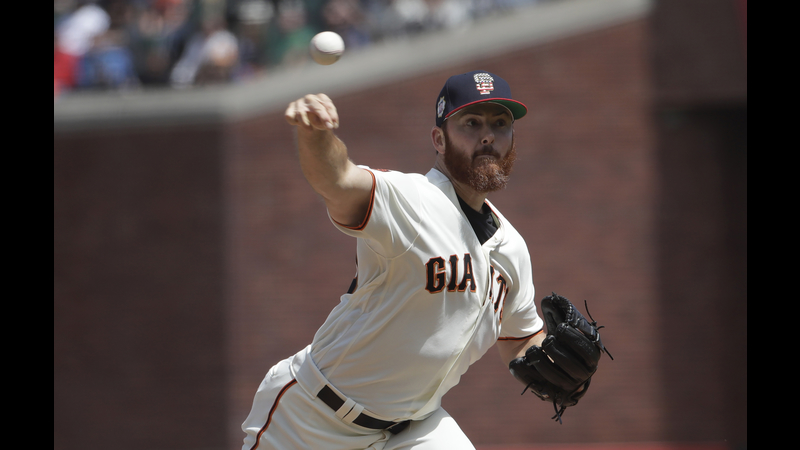 NEW YORK -- Free agent pitcher Sam Dyson has been accused of domestic violence and is being investigated by Major League Baseball.

The commissioner's office says in a statement it is "aware of it and looking into it.''

Dyson's agency, ISE, did not immediately respond to a text seeking comment.

The Athletic reported Tuesday the allegation was made by an ex-girlfriend, Alexis Blackman, in posts on her personal Instagram account and on an account she writes in the voice of her cat, Snuckles.

The Athletic says posts on the accounts alluding to an unidentified individual were about Dyson, citing a source who was not identified.

Dyson was acquired by Minnesota from San Francisco at the July 31 trade deadline and became a free agent after the season.