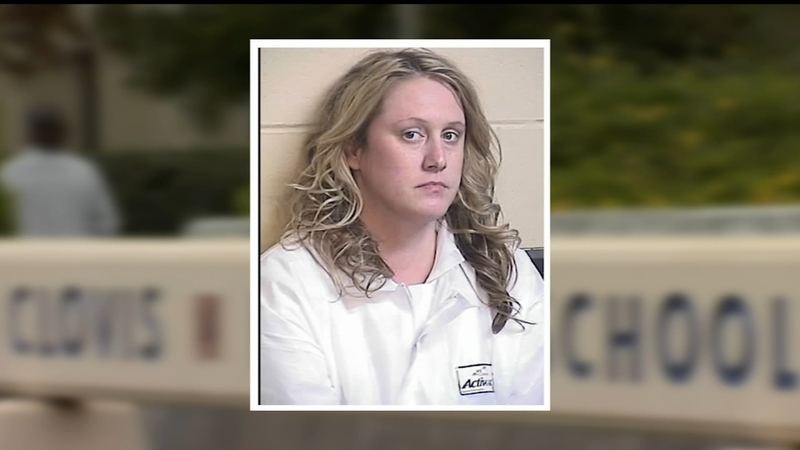 CLOVIS, Calif. (KFSN) -- A Clovis High School teacher arrested for sexual contact with one of her students was busted because of a locked house when the boy tried to sneak home, according to a search warrant acquired by Action News.

In her first full year at Clovis High School, Amanda Hubble is accused of getting sexually involved with one of her 17-year-old students.

Detectives said the boy described two sexual encounters - one in Hubble's car in November and another in her house in December, two days before her arrest.

In the affidavit, police say records from the teen's phone and Snapchat show Hubble and the boy professing their love for each other.

In one exchange, she asked when would he come over to her home. He said it would depend on when his parents went to sleep.

Their secret started to unravel that night when he came home and found the door to his house locked and his father ready to confront him.

The next day, police said the boy told one friend about his sexual relationship with Hubble and Hubble told another student about it.

"Here's a school teacher who, really, it's forbidden to do what she did," Capozzi said. "He is 17 years old, close to being an adult, but he's not an adult. She should've known better. There's no question about that."

Hubble has pleaded not guilty to four felony sex charges. Her attorney did not return messages seeking comment.

Capozzi says a judge would probably be more lenient in punishment because of the boy's age, especially since the alleged crimes didn't happen at school.

But Hubble's teaching credential is already suspended for misconduct and Clovis Unified has her on unpaid leave pending the outcome of the case.

Police say the best thing parents can do to protect their kids from situations like this is to talk to them.

"As long as you have a good relationship and you communicate with them and talk about what's going on with them in their lives, that's a lot better," said Clovis Police Sgt. Jim Koch.