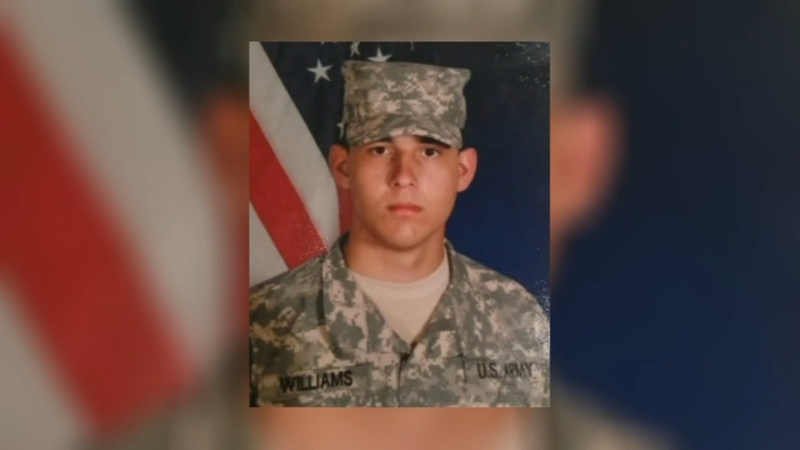 FRESNO, Calif. (KFSN) -- Gold Star Mother Debbie Williams says it feels like it was just yesterday that she lost her youngest child.

"It almost gets harder as the years go by," Williams said.

In July of 2014, Army Private First Class Keith Williams was killed by an improvised explosive device in Afghanistan.

The Visalia native was only 19 years old.

Nearly six years after her son's death, Debbie still sends care packages to soldiers as a way to honor her son.

But in April, she saw that her son's unit, the 1st Battalion 12th Infantry Regiment based in Fort Carson, Colorado, started a running challenge for soldiers and their families as a way to stay fit during COVID-19.

The goal? Run 112 miles between April and May.

Debbie doesn't enjoy running, but she knew her son learned to love it before he died, so she asked to participate, in honor of him.

For Debbie, then a nurse practitioner at Kaweah Delta, it would also be a way to reduce some stress that came with caring for COVID patients.

"Unfortunately in the beginning of April, I got COVID symptoms and then was informed I had been exposed," Debbie said. "And I was really short of breath for a couple of weeks and I said, 'Oh I don't think I could do this.'"

Twenty-six-year-old Army Captain Tanner Ellison was already planning on doing the '112 for 112' challenge, but when he was asked to do so on behalf of Debbie and her son, he not only accepted, but went the extra mile-printing shirts in memory of Keith, and completing the challenge in less than 30 days.

Debbie, who ultimately tested negative for COVID-19, will always be grateful for the unit's tribute to her son, and the ultimate sacrifice he made.

"They didn't know him, but they honor him anyway, which is so awesome," Williams said. "And I just love to see their faces and see what they're doing. I check on their Facebook every so often."