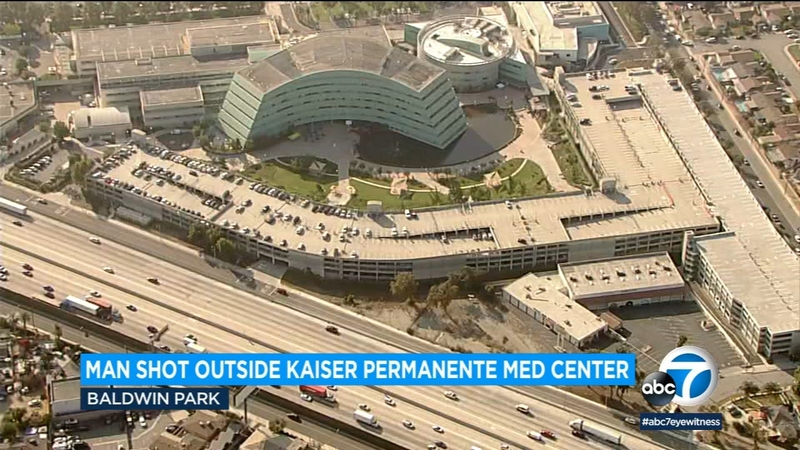 BALDWIN PARK, Calif. -- A shooting outside a hospital in Baldwin Park on Wednesday morning left one man wounded and prompted a lockdown of the facility, police said.

The incident occurred around 8 a.m. in a parking lot at Kaiser Permanente Baldwin Park Medical Center, according to the Los Angeles County Sheriff's Department.

Baldwin Park police said a man opened fire on another man multiple times in the hospital's front patient drop-off parking lot, hitting him at least once.

The second man shot back, but it was unknown if the other shooter was hit.

Police said the man struck by gunfire transported himself to a different hospital.

The Kaiser Permanente was temporarily put on lockdown, but later resumed normal operations.

Both men were gone by the time officers arrived.

It is unclear what led to the shooting, and the condition of the man struck by gunfire was unknown, although police have identified him. They did not release his name due to the ongoing investigation.

Police said the first shooter remains at large. He is described as Hispanic, in his 30s, about 5 feet 7 inches tall, weighing 220 pounds. He was wearing a gray hooded sweatshirt and gray shorts. He is considered armed and dangerous.