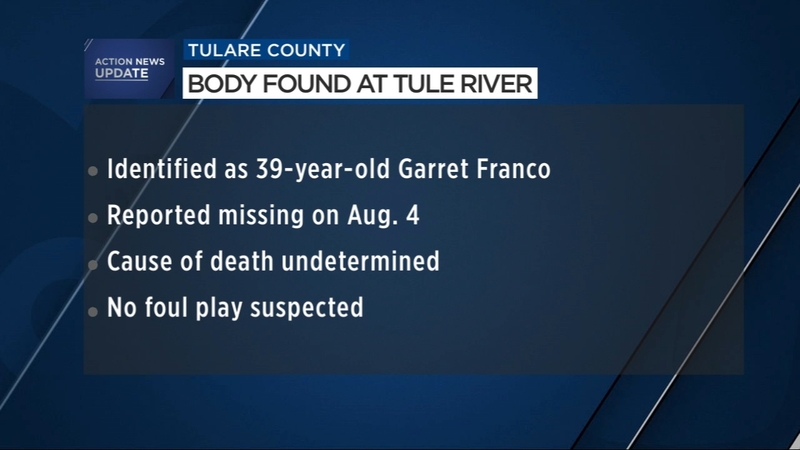 TULARE COUNTY, Calif. (KFSN) -- Authorities have identified the person who was found dead at the Tule River Reservation last week.

The Tulare County Sheriff's Office says 39-year-old Garret Franco was discovered on the reservation by tribal police on August 11.

Franco was reported missing by his family on August 4, officials said.

Search and rescue teams with the sheriff's office spent several days looking for him before he was found.

Homicide detectives were leading the investigation. Sheriff's officials said that while Franco's death appeared to be suspicious, detectives have not found any evidence of foul play at this time.

An autopsy was being performed to determine an official cause of death.