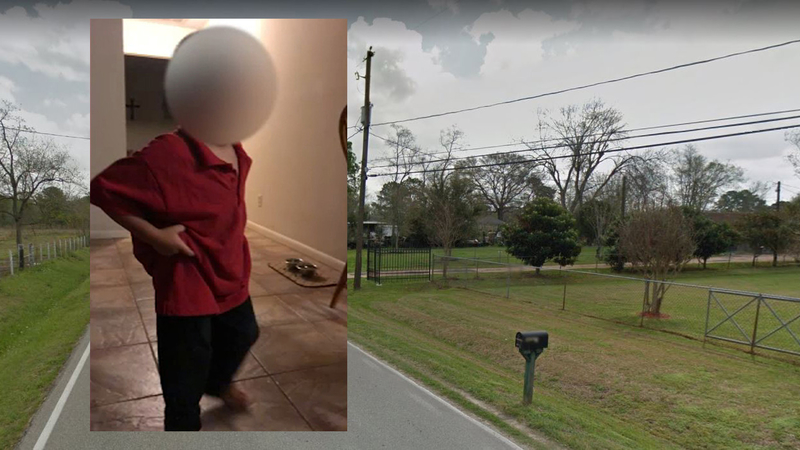 HOUSTON, Texas -- Deputies are investigating after a young child was found by a stranger running down a street in northeast Houston.

According to neighbors, the boy was seen walking down Brownie Campbell Road near Beltway 8 alone, without shoes on, and crying for his mother.

That was until Maria Briones, who lives in the neighborhood, saw him, picked him up and called deputies.

"You couldn't see nothing in the road," said Briones. "He was just pouring out crying."

Briones said she was on her way home Sunday night when a neighbor waved her down after seeing the young child wandering alone.

She said she picked up the boy and took him to a neighbor's home where they called sheriff's deputies.

"The only thing I could think of is somebody dropped him on the middle of the road because this isn't a busy road," she said.

The Harris County Sheriff's Office said they're working on getting more information on the child's identity.

It's unclear where the child's parents were at the time he was found.