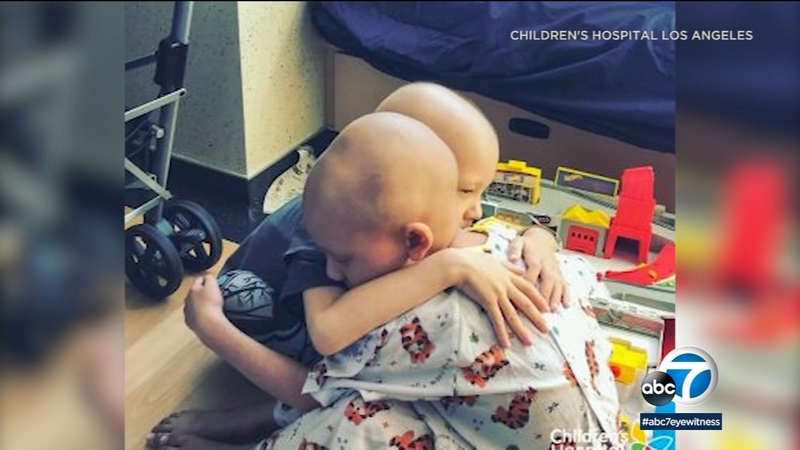 7-year-old Kalea Avery and 5-year-old Noah Avery of Torrance are battling the same type of cancer at the same time.

Medulloblastoma occurs in about 350 Americans per year.

Now 13 months after diagnosis, the inseparable siblings are doing something else together: They've completed their treatment!

"The mundane things are so beautiful to us," Nohea Avery said.

Her husband Duncan Avery said, "We've never once said why did this happen to us. This is the first case of medulloblastoma happening to two kids at the same time."

Thirteen days after Kalea was diagnosed with the rare malignant brain tumor, her brother received the same diagnosis.

Nohea Avery said, "The oncologist sent us down to the emergency room to get an MRI of him and the E.R. doc said I'm sorry but we found a mass in the same spot that your daughter had. "

The siblings are 22 months apart. Kalea takes on the big sister role and her brother tends to be the sidekick doing whatever his sister does.

"If they were both going to have to go through this type of situation," Nohea Avery said, "We were grateful that they were doing it together."

Margol said, "There are some genetic causes for these cases, but we ruled it out for these kids, but to be honest, we don't know."

Noah was too young for radiation. He underwent intense chemotherapy that concluded in January. Kalea underwent both and this week she crossed the finish line. The bell-ringing symbolizing the end of treatment awaits.

Duncan Avery said, "We're fortunate because not every family gets to ring the bell."

"It's a big huge step that we completed this chapter and you know we will have a lifetime of chapters to go and hurdles. At least we've been able to get this far, " Nohea said.