Investigators have evidence Brent Cox directed the 12-year-old's mother to interfere with their investigation and get the child to change her story about what happened.
KFSN
By Corin Hoggard 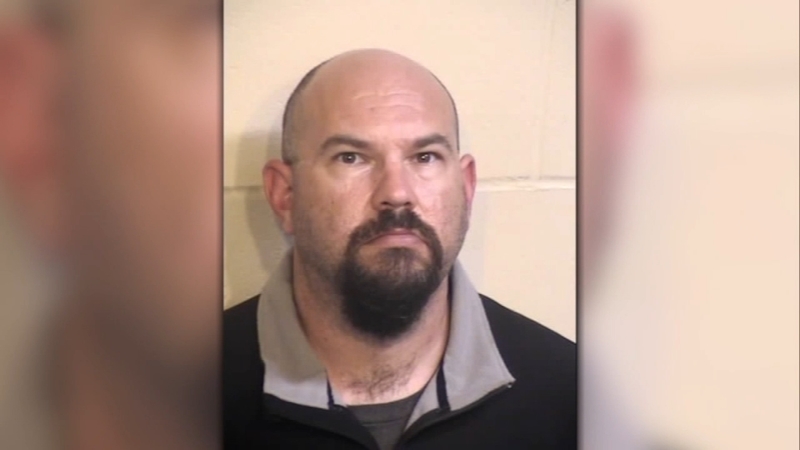 Action News has learned sordid details about what happened in the house where Brent Cox lived with his wife Jill and an adult girlfriend, including firsthand accounts of a creepy Christmas, and some evidence that led to more arrests.

A security guard patrolled the street in front of Brent Cox's central Fresno home Friday, the day after Fresno County sheriff's deputies arrested the two women who lived there with him - his wife and his girlfriend.

Cox is accused of committing sex crimes against the girlfriend's 12-year-old daughter.

The women are accused of helping or covering up.

Neighbors tell us they didn't know what happened behind closed doors, but they never felt comfortable with the house with hearses and other strange vehicles in front of it.

The girl's family members tell us they also got weird vibes from the house where the black Christmas tree was topped by a pentagram.

They didn't want to talk on camera, but said they think Cox manipulated the women and the girl.

Investigators have evidence he directed the mother to interfere with their investigation and get the girl to change her story about what happened.

"Thank God that child's out because this just breaks my heart," Lopez said. "It's sad. It's very sad and I hope she gets help."

Cox worked at Tioga Sequoia Brewing. Managers there tell us the allegations came as a shock and he's terminated now.

UPDATE: @FresnoDA files 9 charges against Brent Cox related to child sex case.
With his 2000 strike for arson, I calculate the max sentence at 150 years, if he's convicted on all counts.
At 5 and 6 on @ABC30, family members tell me about strange Christmas rituals at the house. pic.twitter.com/qNlSH7ozYy

Legal analyst Tony Capozzi says the best option for the wife and girlfriend may also be to cut ties with Cox.

He says the girl's mother is facing serious sex charges herself, but her strongest defense may be to prove manipulation by Cox.

"What kind of personality does he have?" Capozzi said of her possible defense. "Is he very forceful? Is he able to convince other people to do things they don't want to do? Her argument would be I really didn't intend to do this other than by threat or I really wasn't in my right mind."

Cox is scheduled to make his first court appearance Monday. He's facing nine charges and because he has a prior felony strike conviction for a 2000 arson case, he could face more than 100 years in prison if he's convicted on all counts.

His wife bailed out of jail Friday afternoon.

A bail enhancement was requested for her, but the judge denied it.