A couple believes a selfie captured Brian Laundrie on a camping trip with his family over Labor Day weekend.
ABCNews 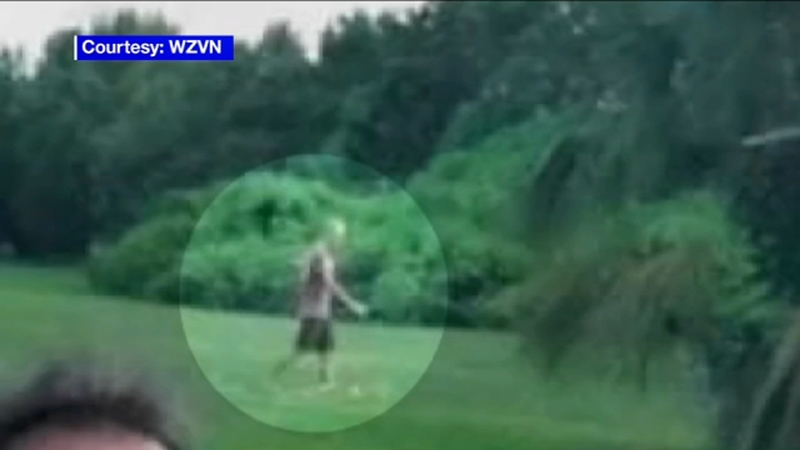 NORTH PORT, Fla. -- Two weeks into the search for Brian Laundrie, the man named a "person of interest" in the disappearance of his 22-year-old girlfriend Gabby Petito, ABC News has learned that Laundrie had bought a new cellphone after returning home from his cross-country trip without Petito.

Laundrie left a new cellphone at home before he went for a hike in the Carlton Reserve on Sept. 14, Laundrie family attorney Steven Bertolino confirmed to ABC News.

The FBI now has the phone, according to Bertolino. The FBI had no comment to ABC News.
Petito went missing on a cross-country trip, and her parents, who live in Long Island, New York, reported her missing on Sept. 11 after not hearing from her for two weeks. Authorities confirmed Sept. 21 that her body was discovered in the Bridger-Teton National Forest in Wyoming.

ABC News uses social media, police reports and public records to piece together some of the events that led up to Gabby Petito disappearance.

The search for the 23-year-old Laundrie is centered around North Port, Florida, where investigators said Laundrie returned to his home on Sept. 1 without Petito but driving her 2012 Ford Transit. Laundrie has refused to speak to the police and has not been seen since Tuesday, Sept. 14, according to law enforcement officials. He now has a warrant out for his arrest in Wyoming.

The search for Laundrie is the latest twist in the case that has grabbed national attention as he and Petito had been traveling across the country since June, documenting the trip on social media.

The nationwide search for Laundrie has turned to a Florida campground, where the wanted fugitive's family attorney confirmed to ABC News he went camping with his parents about a week after returning home from his trip without Petito.

Bertolino confirmed the family went on the camping trip after ABC affiliate station WFTS in Tampa obtained the Fort De Soto Park reservation log under the Freedom of Information Act, which showed Roberta Laundrie checked in on Sept. 6 and checked out on Sept. 8.

ABC affiliate station WZVN in Fort Myers spoke to a local family who stayed in an adjacent campsite at the same time. The couple, Marci and Kenny Newsom, said they took a selfie on their trip that captured a man in the background who they believe could be Brian Laundrie.

"They keep to themselves. They were there until they weren't," Marci Newsom told WZVN.

ABC7's @MeganMyersNews talked to the Newsom family tonight. The family's from Fort Myers. They camped next to the Laundries & confirmed the family was there.

"They kept to themselves," said Marcy Newsom. "They were there & then they weren't."

A Pinellas County Sheriff's Office helicopter was spotted circling Fort De Soto Park Monday night between 11:40 p.m. until 12:40 a.m., WFTS reported. The sheriff's office only said the helicopter search of the park was part of an active investigation.

Bertolino said Laundrie returned to his family's home in North Port, Florida, following the camping excursion. The parents, through their attorney, denied doing anything to help their son elude the FBI.

Reality TV-star Duane Chapman, better known as "Dog the Bounty Hunter," had joined the search for Laundrie and told Fox News he also got a tip about the family's Fort De Soto Park camping trip.

Laundrie family reiterate they do not know son's whereabouts

The Laundrie family issued a statement Monday evening through their attorney reiterating they do not know Brian Laundrie's whereabouts.

"They are concerned about Brian and hope the FBI can locate him," the statement reads. "The speculation by the public and some in the press that the parents assisted Brian in leaving the family home or in avoiding arrest on a warrant that was issued after Brian had already been missing for several days is just wrong."

Their family attorney also released a statement Sunday afternoon and provided an update on the FBI's investigation into Petito's death.

He said the FBI returned to the Laundrie house and requested "some personal items belonging to Brian Laundrie to assist them with DNA matching."

"Brian's parents provided the FBI with what they could," the attorney said in a statement.

Kristin Thorne has the latest on the Gabby Petito case after her family held an emptional press conference Tuesday.

Petito's dad: Give same attention to all missing people

Petito's family Tuesday implored the public and news media to put the same energy into helping find other missing people as they did Petito.

Petito's parents and stepparents spoke to reporters at a news conference in Bohemia, New York -- showing off fresh tattoos based on her designs and mantra "Let it be."

Joseph Petito thanked the news media and social media for spotlighting his daughter's disappearance, but he said all missing persons deserved the same attention.