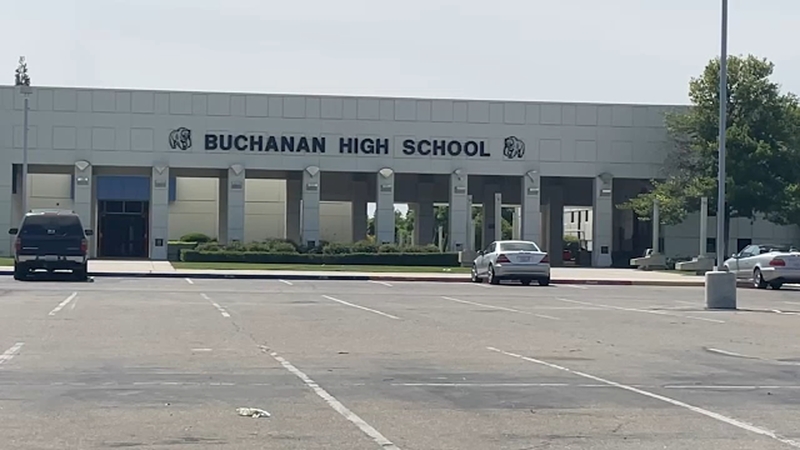 FRESNO, Calif. (KFSN) -- What was supposed to be a memorable day filled with reaping the rewards of hard work took a much a different turn for Buchanan High School graduate Jacob Brower.

"The night that was meant to be the most important night of my life was something I will never be able to get back," he said.

On Tuesday night, in the final minutes of the school's commencement, Brower was escorted out of the ceremony.

His uncle recorded this video from the stands.

"A couple of members threw up their hats and caps and at that moment, I looked up and because of my fluffy hair, at that same moment, my cap fell off," Jacob said.

Brower says multiple people saw what happened and defended him, but some students accused him of being involved.

District officials say the Buchanan administration had to act quickly to address student misbehavior -- they removed Brower and other students they believed threw their hats and disrupted the ceremony.

With dozens of family members in attendance to celebrate his achievements, he missed out.

Clovis Unified officials say the Buchanan's Principal offered to meet personally with the family to extend his apologies and had previously communicated via email with the student his regret over the incident.

Brower says the principal did send him an email as an apology, but he has not yet had that face-to-face meeting.

In a statement to Action News, the district said in part, "The words 'I'm sorry,' no matter how deeply felt, cannot return the final moments of the ceremony to this young man, and we regret that the actions of other graduates and the administration's efforts to address that bad behavior negatively impacted his experience and that of his family."

But Brower says that's not enough because it's an opportunity he won't get back. He says he wishes they did more.