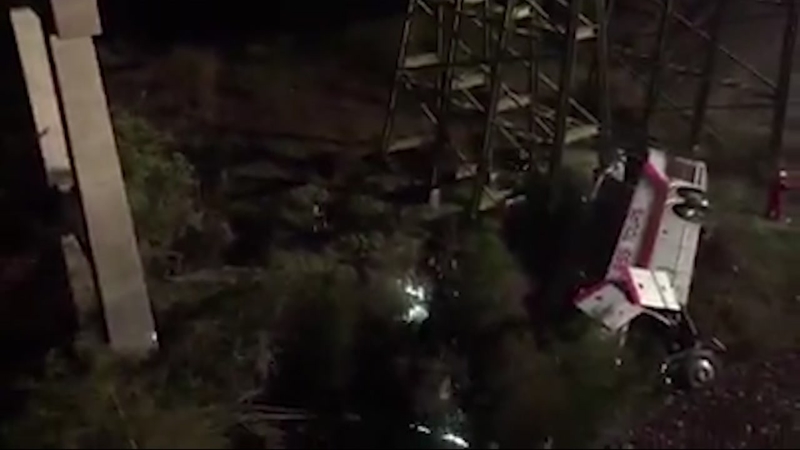 Channelview band members on bus that crashed in ravine

LOXLEY, Alabama -- One person is dead after a charter tour bus carrying students on a school trip from Channelview plunged into a ravine near the Alabama-Florida line.

WKRG-TV is reporting that 12 to 20 people have been injured, and that officials say the bus was returning to Houston from a school trip from Disney World.

RAW VIDEO of bus after crashing into the ravine

Channelview ISD released a statement about the crash Tuesday morning:

A charter bus transporting Channelview High School band students was involved in an accident on Interstate 10 in Alabama early this morning. At this time, details are limited. We are in contact with law enforcement in Alabama trying to obtain further information.

ABC13's Foti Kallergis talked to a Channelview student who was on the bus at the time of the crash.

Mother of Channelview student speaks to ABC13 about crash

Reporter Foti Kallergis talks to the mother of a boy who was on the bus at the time of the crash.

DeWayne Benson, who was on the bus, told Foti that he was sleeping just before the bus crashed.

"The band director was yelling 'hairy, hairy', like in hairy situation," he said.

DeWayne was asleep until he heard the band director screaming.

DeWayne told his sister that after the crash, they were passing around a cellphone someone found, taking turns calling their parents.

This is a photo of DeWayne Benson, one of the @ChannelviewISD HS band members on the bus that crashed in Alabama on their way back from Disney World. @FotiABC13 talked to him about what happened. Watch: https://t.co/MxizCjC4P2 pic.twitter.com/OYNfQM4xcr

Raw video of bus after the crash