KFSN
By Sara Sandrik
MERCED COUNTY, Calif. (KFSN) -- CAL FIRE is mourning the loss of one if its own.

The California Highway Patrol says Captain Paul Rotondaro and another man whose name has not been released died in a head-on crash on Highway 140 and Old Santa Fe Grade near Gustine around 7 a.m. on Wednesday.

Rotandaro leaves behind his wife, a 13-year-old daughter, and a 16-month-old son.

Several firefighters gathered to salute the procession carrying the body of Captain Rotondaro after the deadly accident.

Engines from the station in Gustine where Rotandaro worked were among the first to arrive at the scene.

CHP Officer Shannon Stiers said, "It's hard any time you show up at the scene and have first responders showing up and it's one of their colleagues someone they work with. A lot of times we work with these firefighters on the scene, ambulance crews, we all work together."

Investigators say Rotondaro was driving a Ford Ranger east on Highway 140 as a Dodge Ram and Crown Victoria were heading west.

The driver of the Dodge pulled into the passing lane, causing a head-on collision that shut down the highway for several hours.

Officer Stiers said, "The Ford Ranger spun out in the westbound lanes of traffic and ended up facing westbound and caught on fire. Both drivers, the Dodge Ram and Ford Ranger, died at the scene. The parties in the Crown Victoria had some minor injuries."

Flags at the fire station in Gustine were lowered to half-staff after the crash. City Manager Doug Dunford said the 36-year-old made a lasting impact on the local community.

Dunford explained, "He was a really good guy. He helped us get a fire grant for our fire truck that we just got awarded on September 11, and he played a major part in that. He considered himself part of Gustine, so all of Gustine is mourning right now because of his loss."

Dunford said he would like to have Captain Rotondaro's name added to the new fire truck when it arrives, but if that's not possible the City will find another way to honor his memory.

Governor Gavin Newsom also released a statement that said in part - "Jennifer and I were deeply saddened to learn of the death of Fire Captain Paul Rotondaro, a man who dedicated his life to protecting his fellow Californians. We extend our deepest condolences to his wife and children, family, friends, and colleagues. His contribution to his community will not be forgotten...Captain Rotondaro grew up in Merced County and was proud to help protect the county he lived in...In honor of Captain Rotondaro, Capitol flags will be flown at half-staff."
Report a correction or typo
Related topics:
gustinemerced countyfatal crashcalifornia highway patrolcal fire
Copyright © 2020 KFSN-TV. All Rights Reserved.
FATAL CRASH 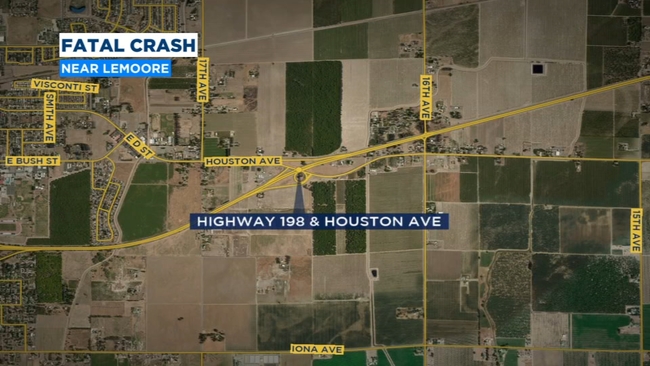