Battle heats up over California consumer cost of solar 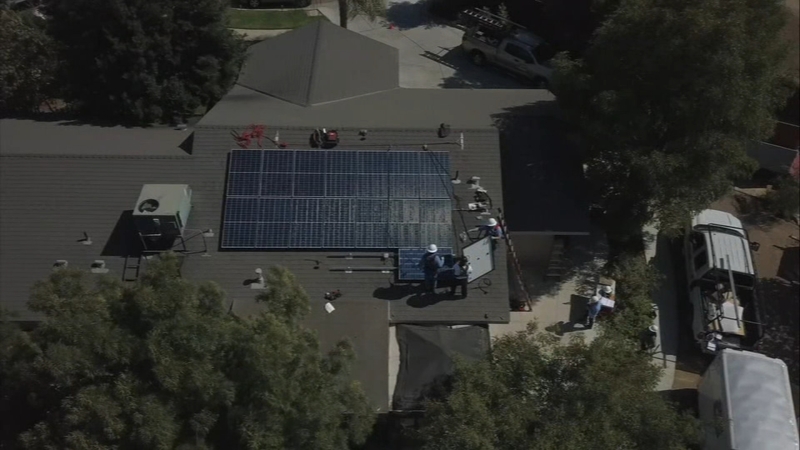 Battle heats up over over California consumer cost of solar

FRESNO, Calif. (KFSN) -- A battle is brewing over a proposed California law changing how much we pay for electricity and how much people save when they own solar.

Solar panels harness the sun's energy at more than 56,000 homes and businesses in Fresno County alone, according to industry experts.

They're all saving money by generating their own electricity, and a lot of them create enough power to share with neighbors.

Utility companies have to pay for that energy at rates determined under the state's net energy metering program.

But some legislators have tried to change the program for years now, saying it shifts costs to poorer Californians.

"Right now, the way that we're subsidizing rooftop solar, the people who are bearing the brunt of it are the people who don't have solar or will never have solar," said Assm. Lorena Gonzalez, (D) San Diego.

Gonzalez says subsidizing rooftop solar is a good idea, but the way it works now, every time someone gets rooftop solar, they save money and people without solar pay a little bit more.

"An average ratepayer pays $230 a year to subsidize rooftop solar," she said of the costs in her assembly district.

She came up with a bill, AB 1139, that she says takes the burden off people who don't own solar.

It would take away some of the financial benefits of owning solar panels by reducing how much people get when they sell energy to the utility companies.

"AB 1139 is quite simply a profit grab by PG&E and the other utilities," said Bernadette Del Chiaro, the executive director of California Solar & Storage Association.

The solar industry is energizing an effort to stop AB 1139.

They say the bill would let utilities increase the cost of accessing the grid to $70 per month and reduce the net energy metering payback rates by 80%.

Power companies say they need that money to maintain the power grid that all customers benefit from - including those with solar.

But Chiaro says it makes people less likely to make the investment in clean energy just as the price of solar has come down to where it can be available to the lower income people Gonzalez says the bill is designed to protect.

"The cost shift is a complete lie baked up by the utilities' PR firms to try to scare people away from going solar and to get the legislature on their side," she said.

The bill would disappear if the California Public Utilities Commission comes up with a new net metering plan by August 2022, but the solar industry wants to make sure it flames out sooner.

The state assembly is expected to vote on AB 1139 sometime in June.