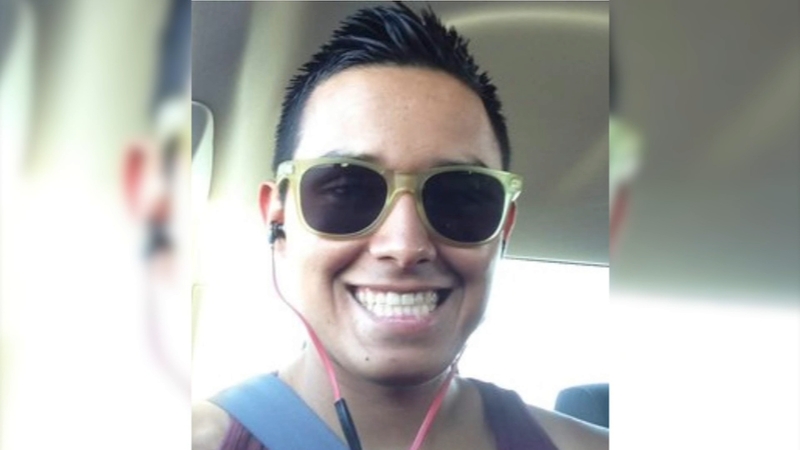 FRESNO, Calif. (KFSN) -- Elizabeth Mulkey places a candle at a growing memorial on the corner of Del Mar and Shields in Central Fresno.

Her close friend, 28-year-old Jacob Fuentes, died near the intersection.

"I just wish I got to say my goodbye," she said.

The crash happened Thursday night. As Fuentes rode his motorcycle home, a car struck and killed him.

The driver pulled over and parked their car before running away.

Witrago and Fuentes have known each other since they were teenagers. According to Witrago, they were like brothers.

They were together before the hit-and-run.

Fuentes, who has a passion for motorcycles, was getting some work done on his bike and Witrago tagged along.

"I gave him a hug before he got on his bike and I said be careful and then I saw him ride off," he said.

Witrago put together a video for Fuentes of the work done on his bike. He uploaded it minutes before his life was taken.

"I wanted him to see it, but I don't think he ever got a chance," he said.

Friends and family said Fuentes had a good heart and was a hard worker.

He went to school at the Institute of Technology for engineering and worked full-time. Many got to know him through softball.

He played for community teams; that's how he and Mulkey met.

"We were playing baseball and it was pouring rain and I would yell at him, Put your sweater on, and he would tell me no miss. He would always call me miss," she said.

He was also artistic. He designed this tattoo on Witragos' forearm.

The only thing that matters even more for Witrago is getting his best friend justice.

"He has a lot of people that love him. They just want the right thing, for that person to come forward," he said.