The difference between 'Yes' and 'No' votes was slim for each county.
KFSN 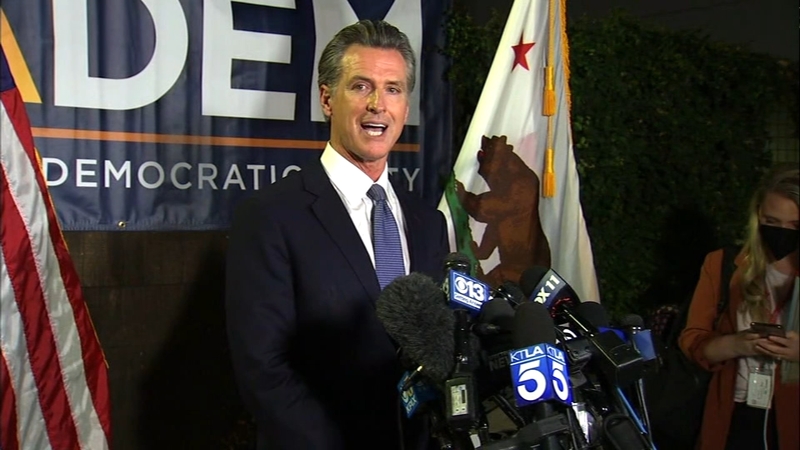 FRESNO, Calif. (KFSN) -- Though a large majority of the state appears to have rejected the recall effort of Gov. Gavin Newsom, voters in Central California were deeply split on the issue.

With partial results in, Merced County appears to have voted for Newsom to stay as governor, while voters in Fresno, Mariposa, Madera, Tulare and Kings counties voted for him to be recalled.

The difference between 'Yes' and 'No' votes was slim for each county.

In Fresno County, with 68% of the expected vote counted, 50% of voters said Newsom should keep his job, while 50% voted 'No.' Six-hundred and seventy-nine votes separate the 'Yes' and 'No' votes in the county, with a majority favoring the recall.

In Merced County, there's another narrow split, but this time the majority rejected the recall. With 69% of the expected vote counted and a difference of 38 votes, 50% of voters voted 'Yes' and 50% voted 'No."

Voters were asked two questions: Should Newsom be removed from office, and, if so, who should replace him? The ballot had 46 names to choose from, but much of the attention has focused on Republican talk radio host Larry Elder, who was seeking to become California's first Black governor.

Overall, ABC News is projecting that California has voted not to recall.

Newsom is just the fourth governor in U.S. history and the second in California to face a recall. He was elected in a landslide less than three years ago and will now be up for reelection next year.