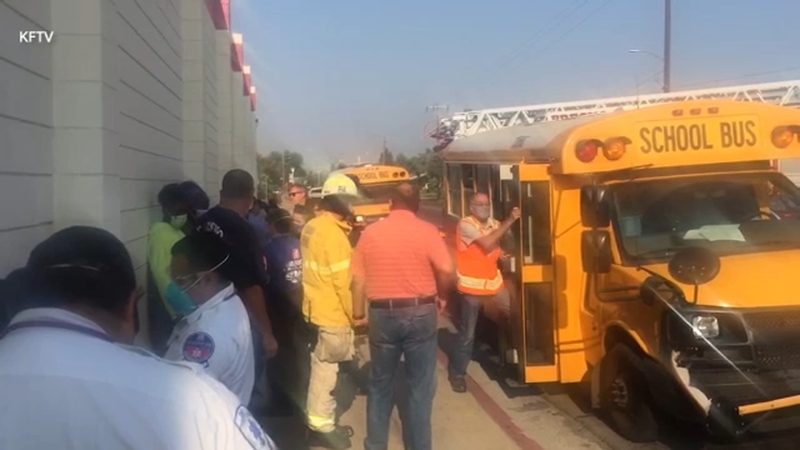 FRESNO, Calif. (KFSN) -- It was a frightening scene in Central Fresno where a school bus and four other vehicles were involved in a crash.

It happened at around 7:30 Tuesday morning at Clinton and Fruit.

The California Highway Patrol says a sedan collided with a pickup truck in the intersection.

The truck then hit a signal light pole, while the sedan was pushed into the school bus that was stopped at a red light.

A Fresno Unified spokesperson says 12 students were on board at the time, but none of them were hurt.

Two were taken to the hospital as a precaution at their parents' request because they are non-verbal.

A tire from the pickup flew into two other stopped cars.

One of those drivers went to the hospital with a complaint of pain, and the passenger in the sedan went to CRMC with minor injuries.