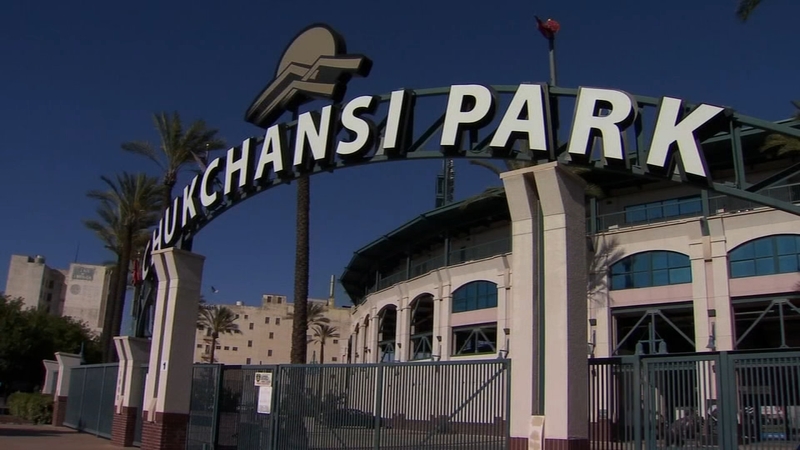 FRESNO, Calif. (KFSN) -- While Chukchansi Park sits silent, the Fresno Grizzlies continue to look at ways to meet rent obligations which total half a million dollars a year.

The team normally pays the City of Fresno in five installments during the season but this year, no games will be played.

"We were able to take advantage of a rent deferral program that was available. So we've been able to put the payments on pause," says Grizzlies president Derek Franks.

The team was forced to furlough 75% of its staff but it was able to tap into some federal relief money which helps buy some time.

During budget talks, the Fresno City Council considered there might not be a season.

"We would postpone rent collection until next year and in the meantime, we would make up the difference from our general fund," said councilmember Miguel Arias.

It is the same approach being taken with other city-owned properties such as the Greyhound station and Granite Park.

The city is also missing out on the revenue stream generated by the Convention Center and Saroyan Theater.

The Grizzlies would like to host more public events but they're limited in what they could offer.

"We absolutely turn our attention to non-baseball events. There's so much uncertainty in when we can come back so for us we have to keep the calendar tentative for the rest of the year," says Franks.

Those events at Chukchansi Park provide a boost to the city fund.

"The bigger revenue shortfall would not come from rent but from the sales tax and the revenue that they generate when they're fully operational. So things like the taco throwdown, baseball games, concerts. All of that generated millions of dollars in revenue every year," said Arias.